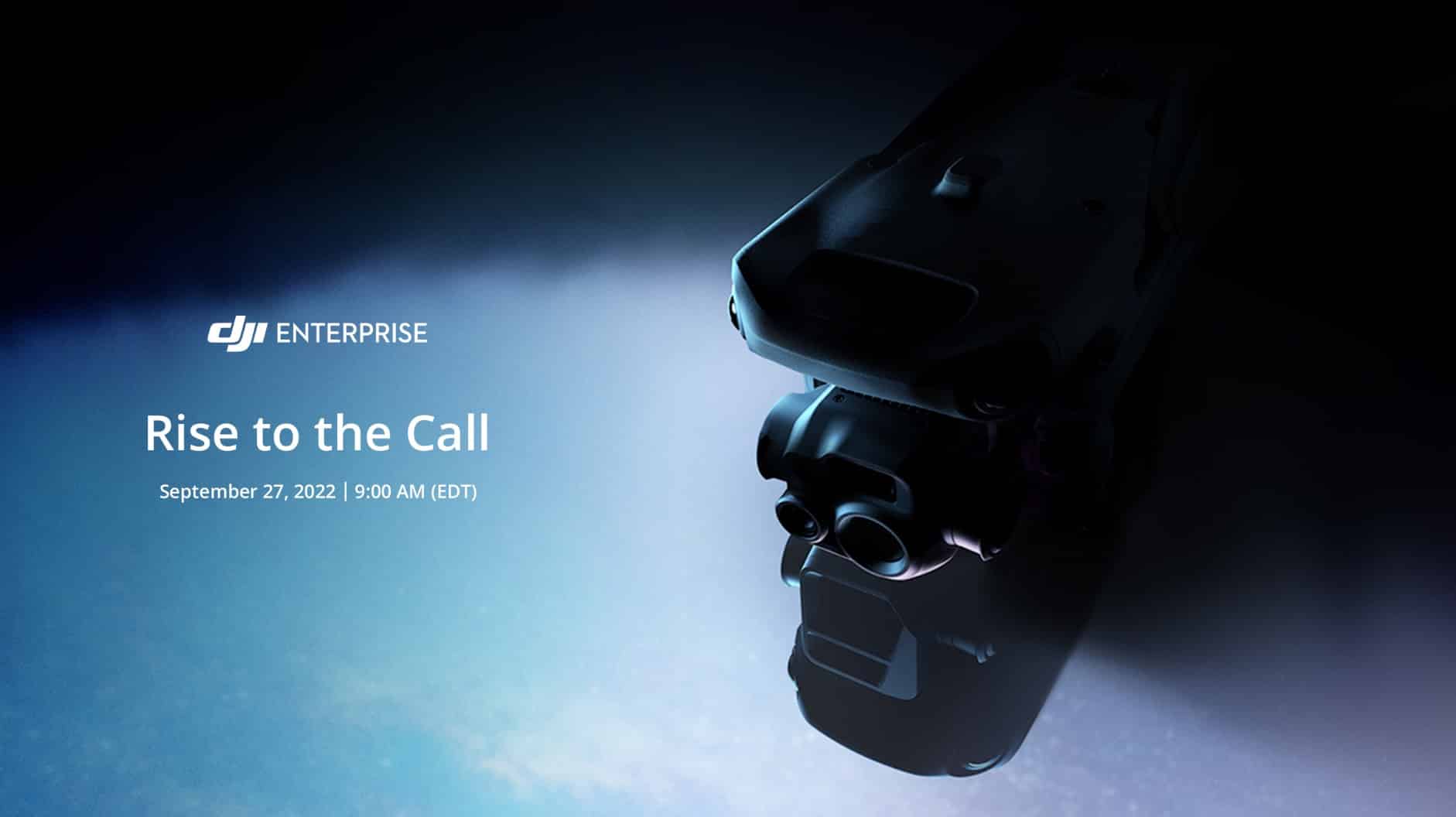 The DJI Mavic 3 Enterprise drone is seen in the teaser shot that was published earlier today by the company DJI, which is the biggest drone manufacturer in the world.

The launch of the brand-new commercial drone is scheduled for the 27th of September, 2022 at nine in the morning, Eastern Standard Time.

The manufacturer of the DJI Mavic 3 drone placed the following phrase next to a shot of the drone and captioned it “Rise to the Call.” This may be a sign that this drone is well suited for use by First Responders as they respond to emergency calls.

When the brightness of the shot is increased just a tiny bit, further features of the drone will become evident.

To begin, there is no question in anyone’s mind that this is a drone that belongs to the Mavic 3 Series.

Second, we can make out a multi-sensor camera payload, which most likely consists of a zoom lens and a thermal camera.

Here’s the leaked photo from a…