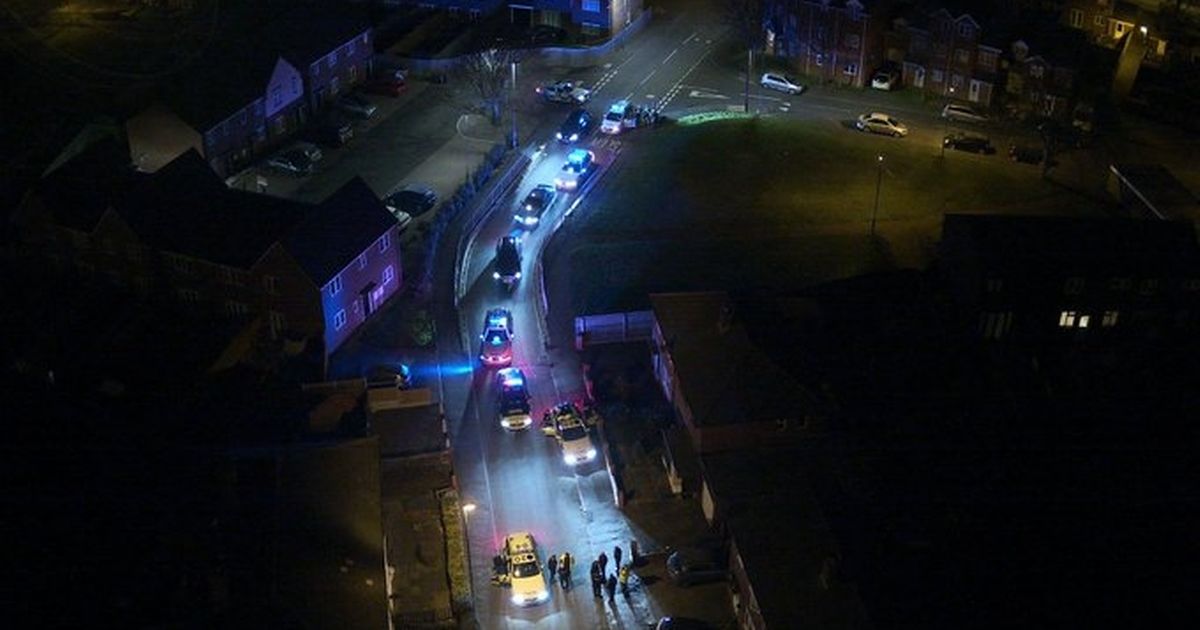 The images were taken in the early hours of this morning (Sunday) after a stolen car was seized in Solihull.

One image shows the scene as police utilised a thermal camera to assist the West Midland Police Dogs Team in making arrests.

West Midlands Police say all occupants of the vehicle were arrested.

Teams which worked together to make the arrest included traffic and motorway police cops, the dogs team and firearms unit.

It is not known how many occupants were arrested but police say all those detained are in custody.

WMP Eye in the Sky, from the West Midlands Police drone pilots tweeted: “E unit utilising the XT2 thermal camera on our