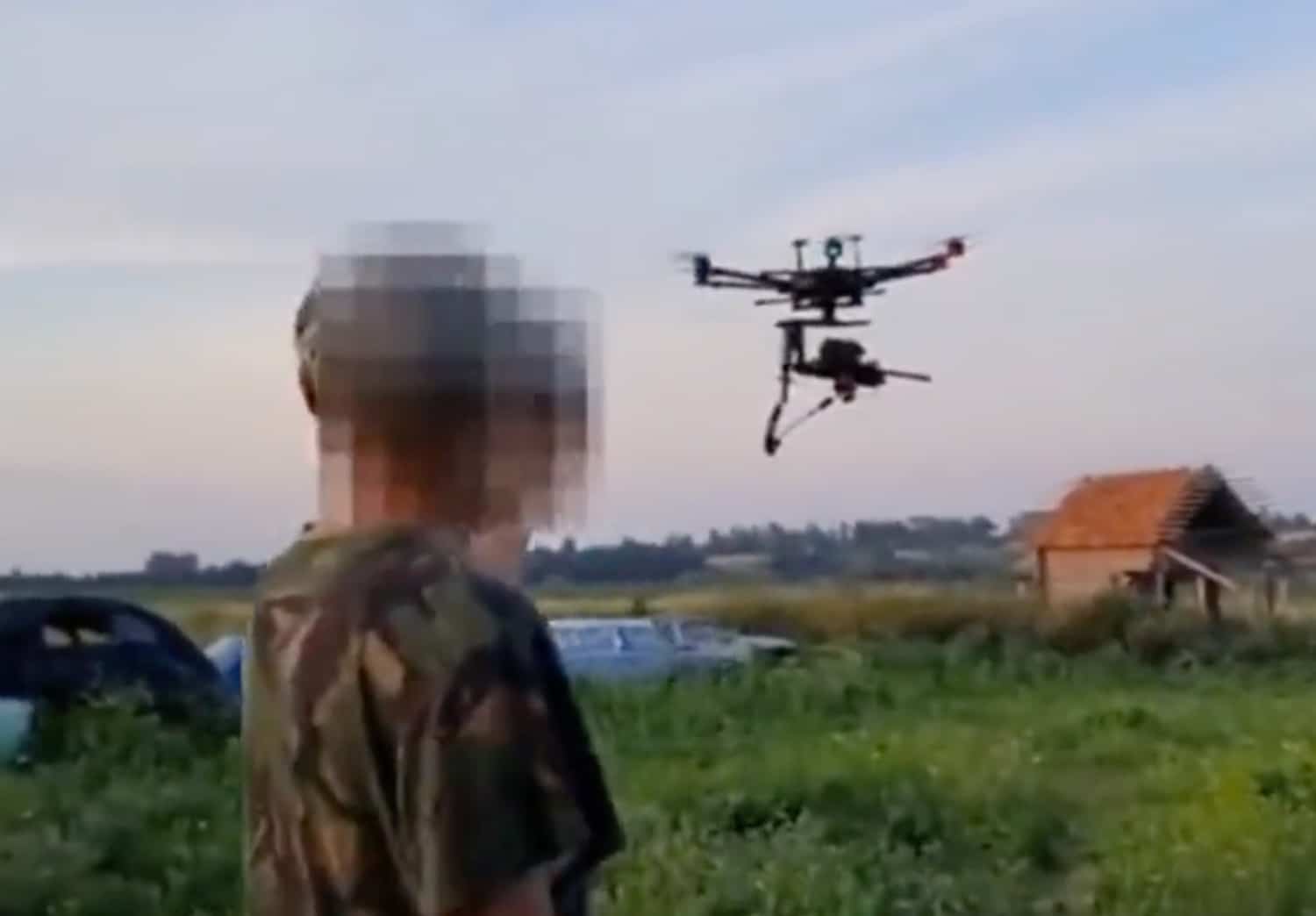 This morning, we came across a video in which members of the Ukrainian military try out a DJI M600 drone that has been modified to carry a machine gun.

The video shows the DJI Matrice 600, the biggest drone produced by DJI Enterprise, with a machine gun swinging beneath it.

In the video, it is quite easy to see that the weight of the machine gun is too much for the gimbal that has been put on the bottom of the DJI drone. This is shown by the fact that the weapon swings quite a bit.

Since the video does not show the gun actually firing, it is difficult to say if the combination of the drone and the gimbal would provide sufficient stability to accurately aim at the adversary.

During the Russian invasion of Ukraine, drones have been very important for both sides’ military operations.