Iran: US’ claim of downing drone proves conspiracy with terrorists 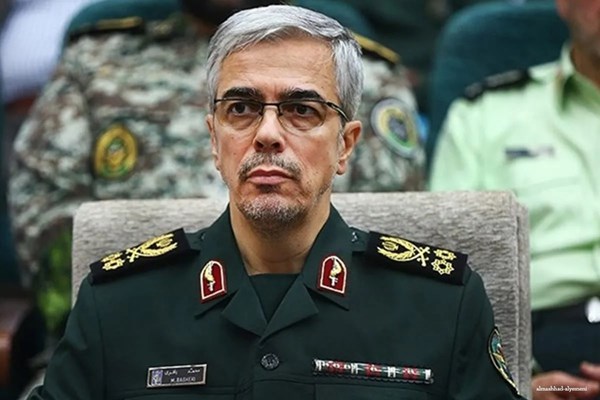 General chief of staff of the Iranian Armed Forces, Major General Mohammad Bagheri denies Washington’s claims about downing an Iranian drone, indicating that such allegations confirm the US is cooperating with the terrorists and separatists.

The US’ claim about downing an Iranian drone proves its conspiracy with terrorists and separatists, and that they are cooperating with these groups,” Major General Mohammad Bagheri said on Friday.

“If Americans carry out any action against Iranian drones, the Armed Forces of the Islamic Republic of Iran will respond to their hostile measure,” Bagheri added, stressing that “Iran reserves the right to retaliate,” and the armed forces “have full and precise details related to the US bases of Harir, Erbil, and Duhok in Iraq.”