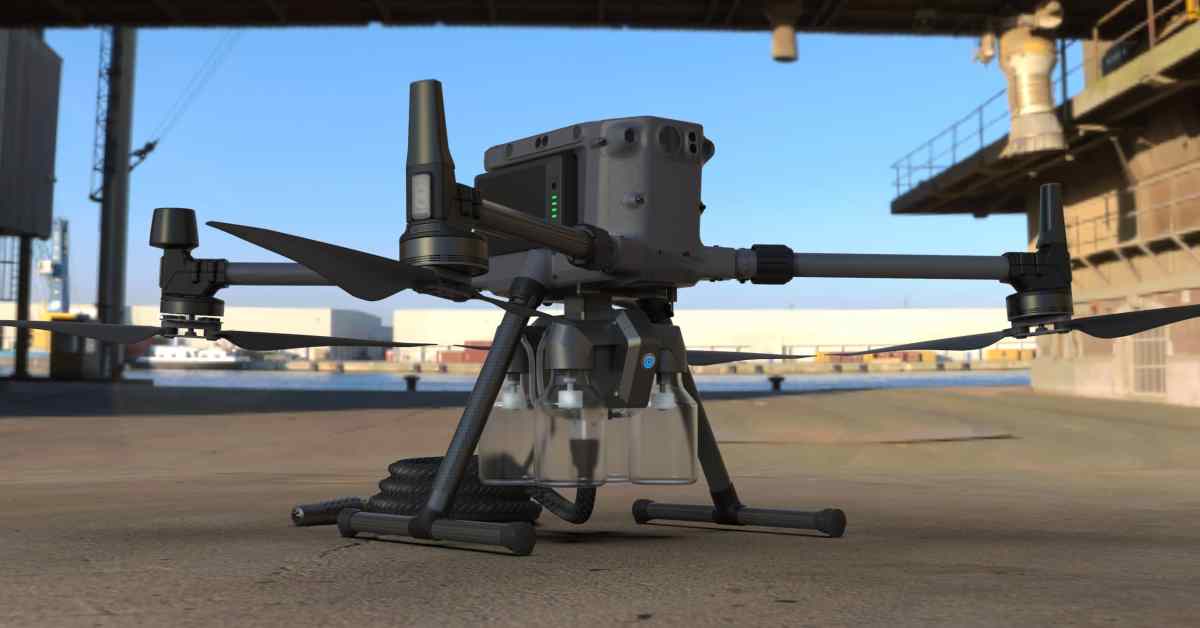 Australian tech company Sphere Group has launched a new drone-based water sampling system, Nero Poli, which can secure up to four separate samples in one go while recording live temperature readings of sampling locations. According to the company, Nero Poli can be mounted under DJI Matrice 300 (M300) RTK and Matrice 600 (M600) drones right out of the box.

The new aerial water sampler from Sphere Group allows for up to four 250ml samples with minimal contamination to be taken during a single operation. Nero Poli can collect water samples at depths of up to 3 meters and is capable of sampling at a speed of 1 liter per minute.

A huge improvement over the company’s previous water sampler Mia, the $11,100 Nero Poli uses a standalone battery-powered remote controller, which allows it to be controlled independently from the drone.

In addition, a thermometer is built into the end of the sampling…