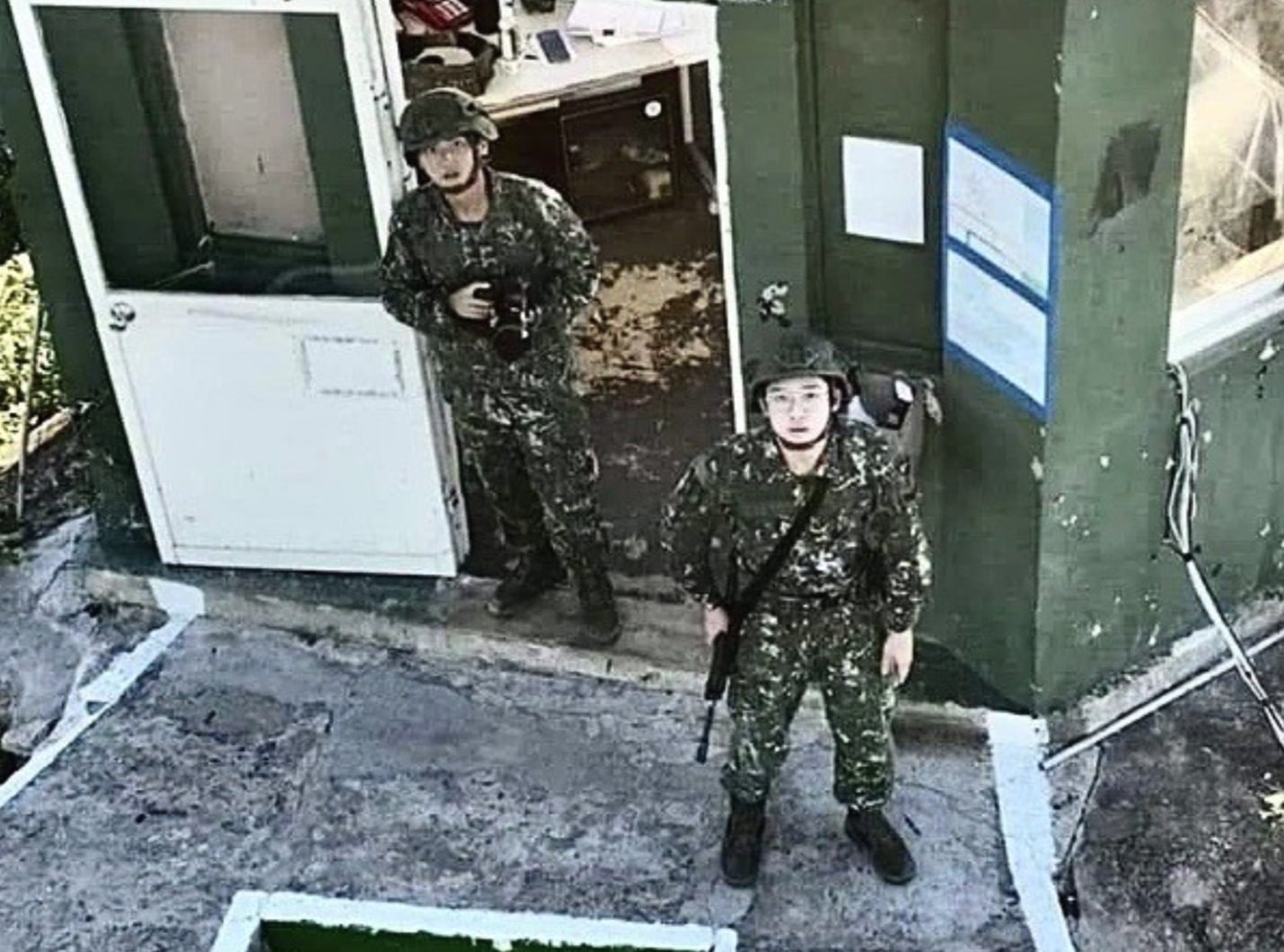 This photo, taken by a Chinese drone of Taiwanese troops on Kinmen, is real, reports the Taiwan News. The army says a civilian Chinese drone took an aerial image of troops stationed to monitor PLA aircraft with a telephoto lens.

The Taiwanese military confirmed on Wednesday (August 24) that a photograph that has been circulating on Chinese social media of Taiwanese soldiers gazing up at a Chinese drone is real, but that it was actually taken at a greater distance than it appears to have been, and that it did not enter Taiwan’s airspace.

Recently, a picture of two Taiwanese sentries apparently peering up at a People’s Liberation Army (PLA) drone from what looks to be an incredibly close distance has appeared on social media.