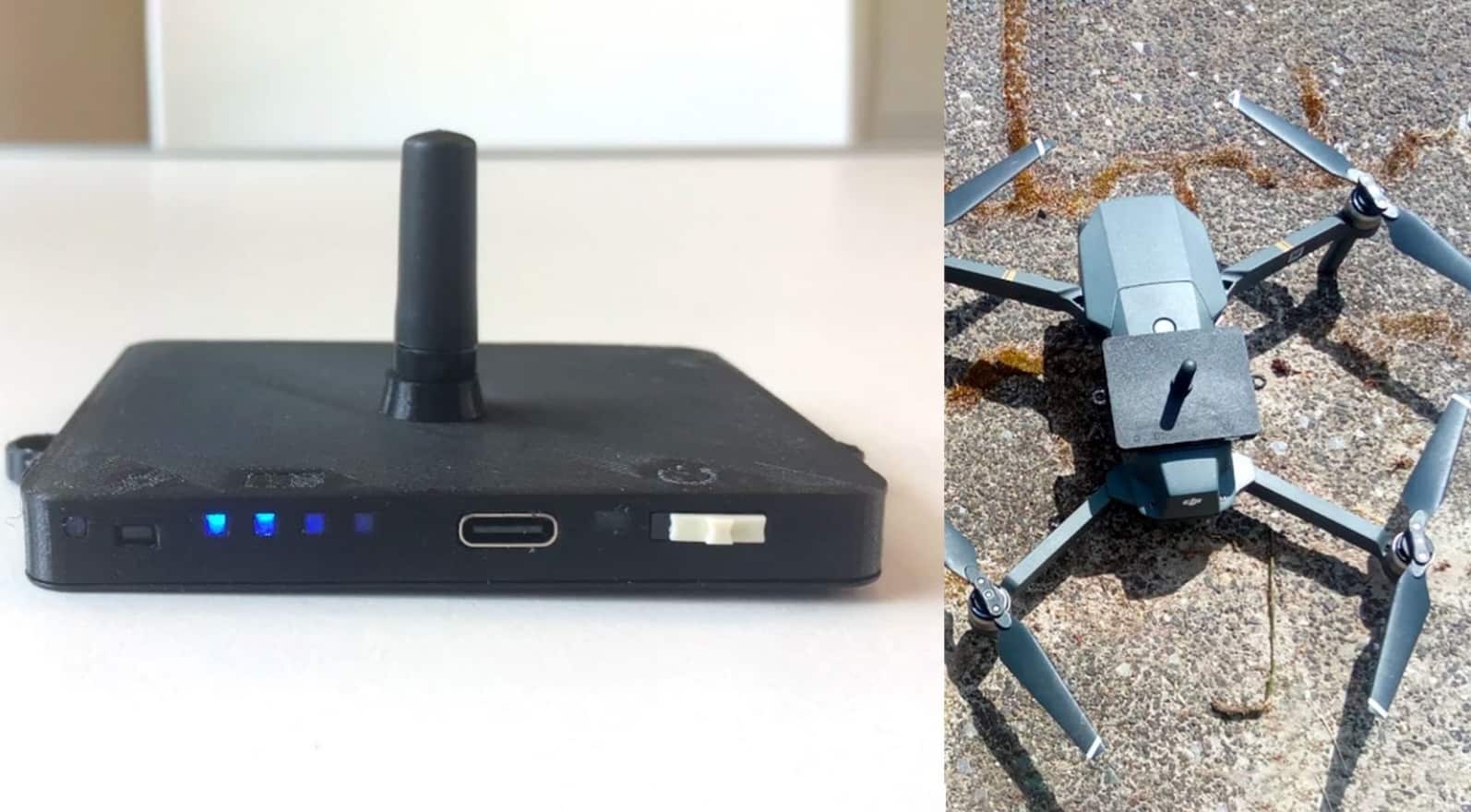 The Dutch company BlueMark Innovations has released a Remote ID addon with which the position of nearby flying drones and the associated operator numbers can be made visible on a smartphone or special receiver. In the future, such an addon will be mandatory for drones that cannot transmit location data themselves according to the European standard.

The addon called DroneBeacon is a Remote ID transponder that can be attached to any drone of the size DJI Mavic 3 or larger.

The Remote ID addon has a GPS/GLONASS receiver. The built-in battery lasts approximately 7 hours. Via WiFi and Bluetooth, the DroneBeacon transmits the position and flight direction of the drone, as well as the operator number of the operator. In principle, these radio signals can be received by anyone, for example with the help of a smartphone app developed for this purpose.

In addition to the DroneBeacon, BlueMark also introduces a receiver that can track nearby flying…