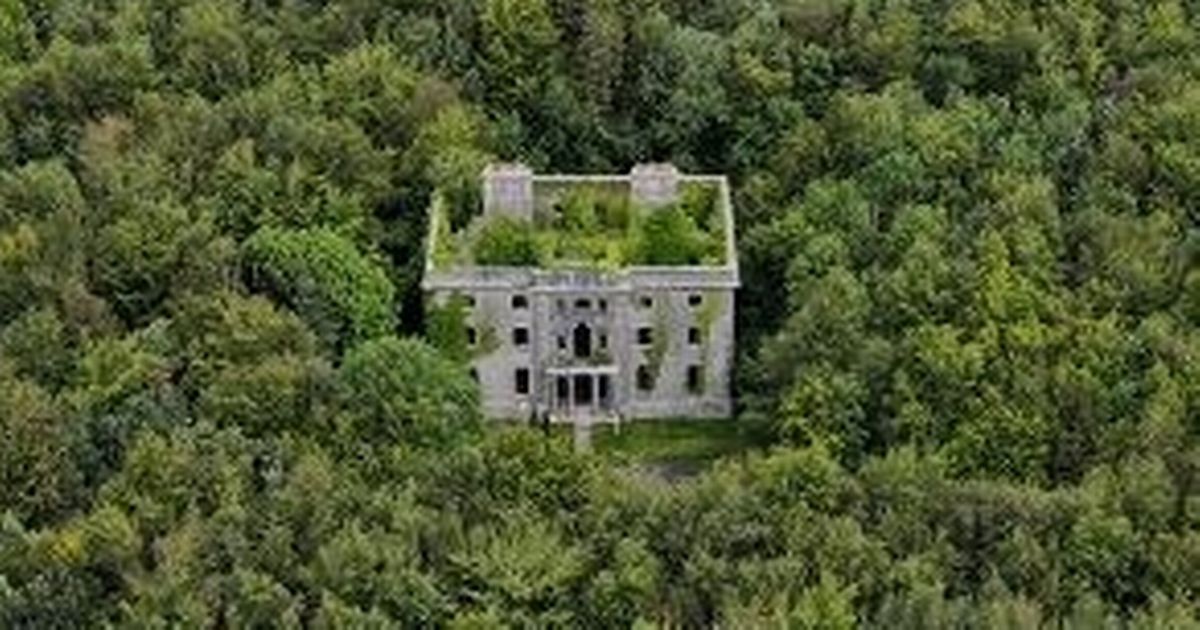 A huge forgotten mansion hidden deep inside a dense forest has been uncovered by a drone.

Historic Moore Hall in Carnacon, County Mayo burned down a century ago and has since been lost to both time and the surrounding wilderness.

Destroyed during the Irish Civil War by members of the anti-treaty Irish Republican Army, the former stately home has never been restored, despite the local county council having purchased it in 2018 for €400,000 (£340,400) with the intention of developing it as a nature reserve and tourist attraction.

Built in 1792, it sits in an 80-acre woodland estate which is all open to the public, while those who’ve managed to find it in the past have raved about its ‘magical’ appeal, reports the Irish Mirror.