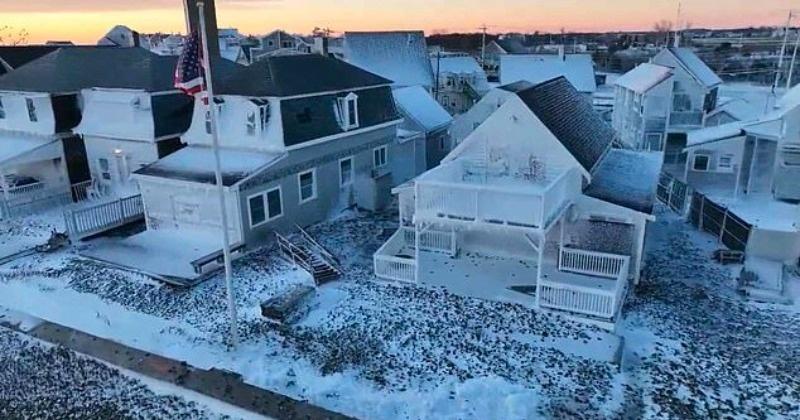 A powerful blizzard has hit the parts of the US East Coast,

disrupting travel and cutting power to thousands of homes.

The storm unleashed a huge snowfall on southern New England and other coastal areas, leading to several states declaring a state of emergency, the BBC reported. 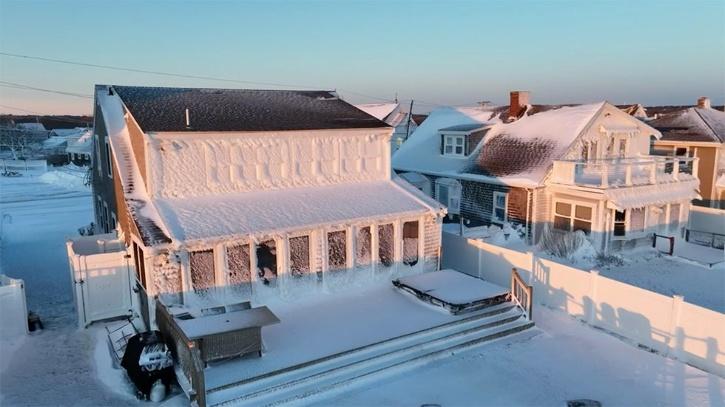 The aftermath of the winter storm has left some towns in

buried in more than two feet of snow, resulting in more than 120,000 homes and businesses being without power, with failures mounting.

Incredible footage has also gone viral showing a seaside community resembling ice sculptures after sea spray kicked up by the recent storm froze over them.

Time appeared to stand still in the community after the deep freeze left a clock tower’s chronometers frozen in place.

Some towns in Massachusetts received as much as 30 inches of snow, and the national weather service said strong winds made so…