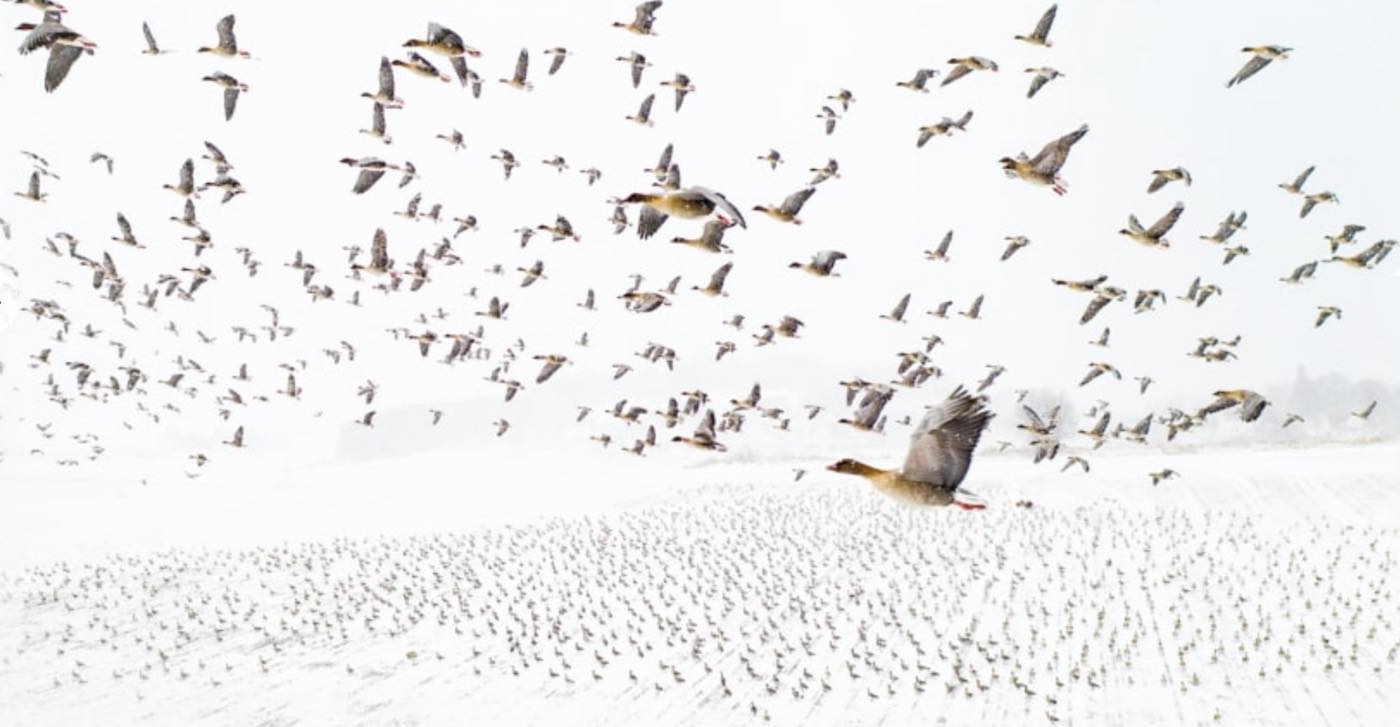 A flock of thousands of Pink-footed geese taking flight at their breeding grounds in Norway captured by local photographer Terje Kolaas won the top prize of the 2021 Drone Photo Awards.

The popular international contest of aerial photography last year received nearly 14,000 images for their 2020 edition from amateur and professional photographers from 104 countries. The Siena Awards also curate some amazing winners every year in still photography.

First prizes in the Drone Awards are presented in the eight categories—Nature, Wildlife, Urban, People, Sport, Abstract, Storyboard, and Wedding. Here are some of our favorites:

First place in the Urban category was won by the photo titled “Metaphorical Statement About City and Winter,” by Russian photographer Sergei Poletaev. The image portrays an old monastery near Moscow with a large power plant in the background.