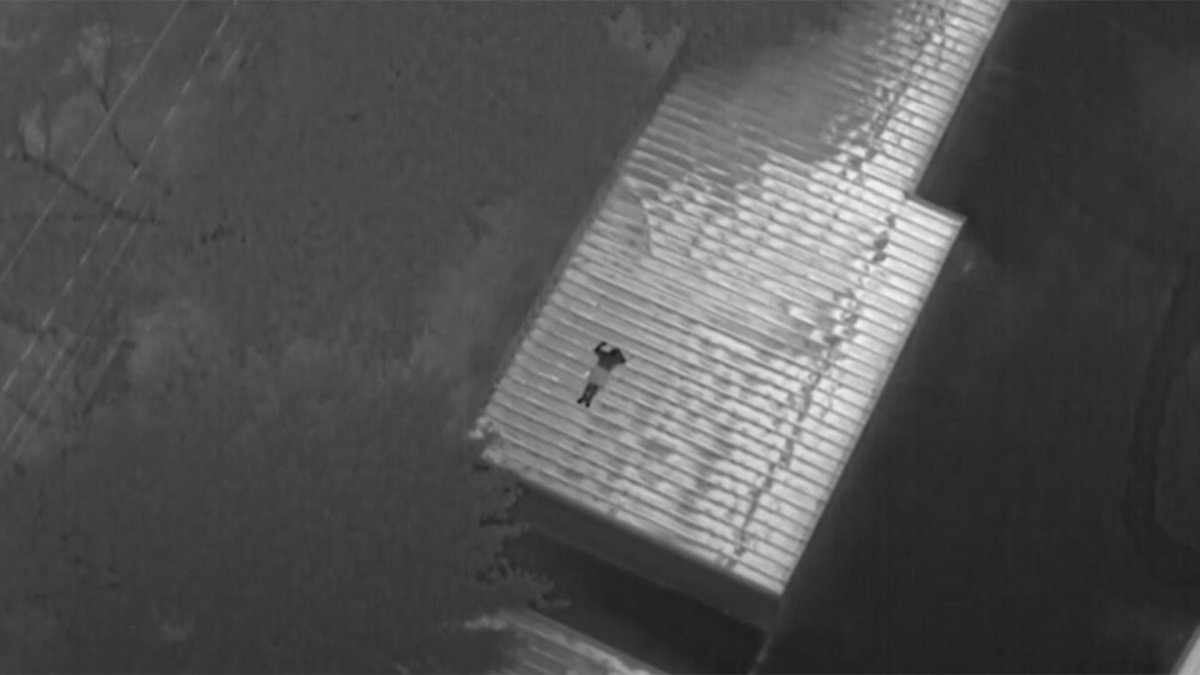 Arlington police used thermal imaging technology on a drone to find a man hiding on top of a storage building who was suspected of assaulting a woman.

Police said two sergeants were on patrol just before 11 p.m. on Aug. 21, 2021, when they saw something going on at a gas station and stopped to investigate.

A woman told the officers that her boyfriend physically assaulted her during an argument. Witnesses told police the man ran toward a nearby storage business.

Police released a video on YouTube showing the officers searching the business while establishing a perimeter around the fenced-in facility. The department then called in their Aviation Unit to search the area by air.

Using thermal imaging technology on one of the department’s drones, the drone operator spotted a man laying down on the roof of one of the storage buildings.