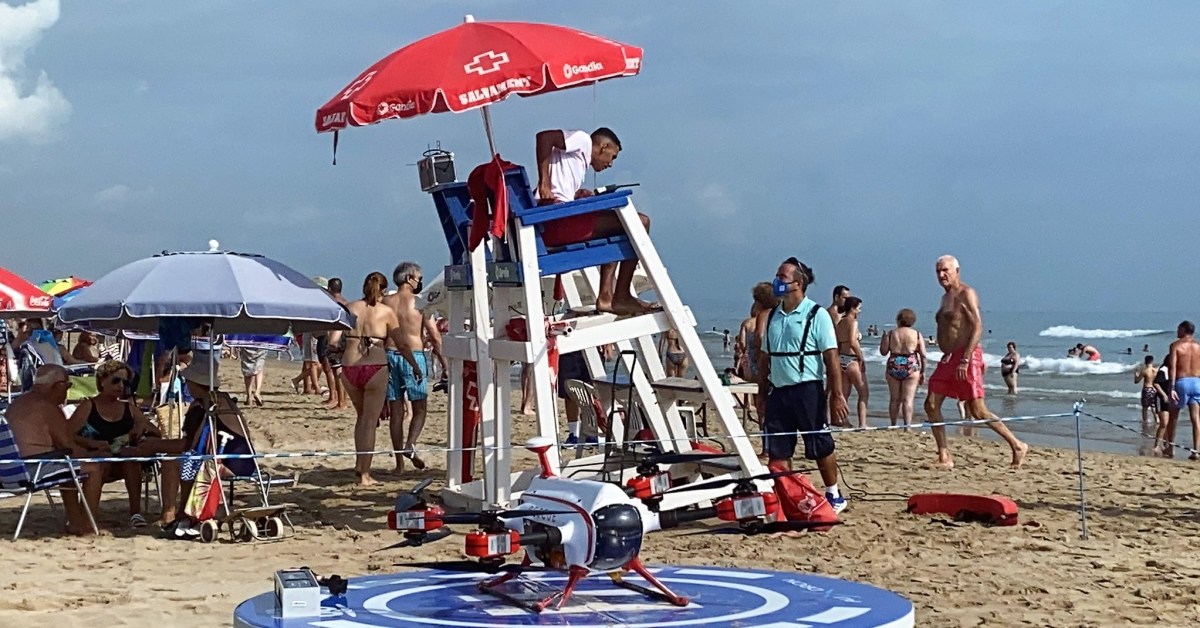 When it comes to rescuing a panicking swimmer, every second counts. Lifeguards mentally urge victims to “hang on” as they rush through the heavy waters toward them. In such a scenario, if a drone flies above the distressed swimmer and drops a flotation device, it offers more than just hope for the victim to hold onto. This is exactly what Spain’s eastern coast has been witnessing these past few days.

Video footage released by Valencian Agency for Security and Emergency Response shows the successful drone rescue of three women who were caught in strong currents on two different shores off the Valencian coast.

These lifejacket-dropping drones were flown over water as part of an experimental surveillance program that hopes to reduce the number of summer drownings across 10 municipalities in Valencia.

In the first video, you see two swimmers struggling some 100 meters off the shore of Cullera. The…