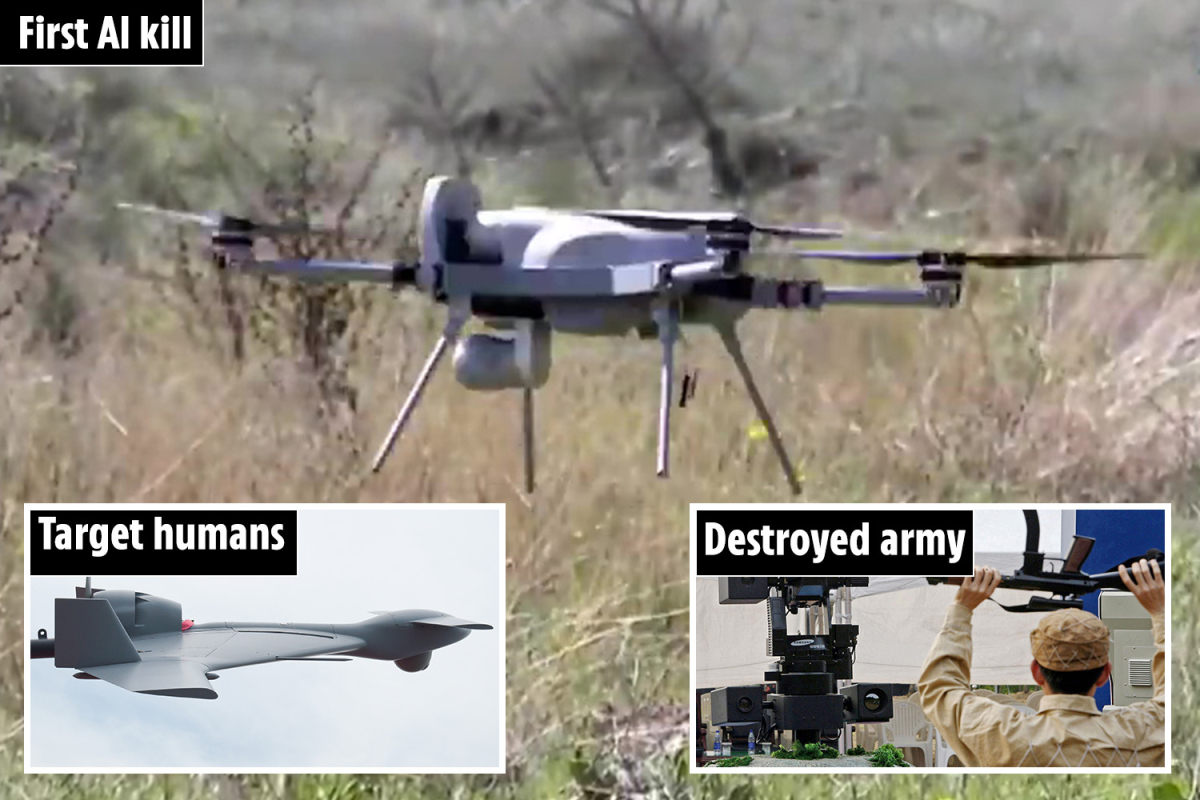 AS a soldier runs from the battlefield, he’s spotted by a suicide drone loitering in the sky overhead.

The killing machine dives down on its target and explodes in a kamikaze attack – without anyone telling it to.

It might sound like the stuff of science fiction but killer robots, sometimes called “slaughterbots”, are already a reality.

Last year, STM Kargu-2 drones hunted down targets in what might be the first instance of artificial intelligence killing on its own initiative.

The revelation came after years of experts warning about the dangers of letting machines decide who lives and dies in combat.

Now a UN conference on so-called Lethal Autonomous Weapons Systems (LAWS) is taking place in Geneva to create new international regulations to stop killer robots being allowed to make their own decisions.

The Russian delegate argued no new rules are needed, but others disagree, saying…