With a drone and perfected technique, Bolivar Peninsula fisher reels in 110-inch shark 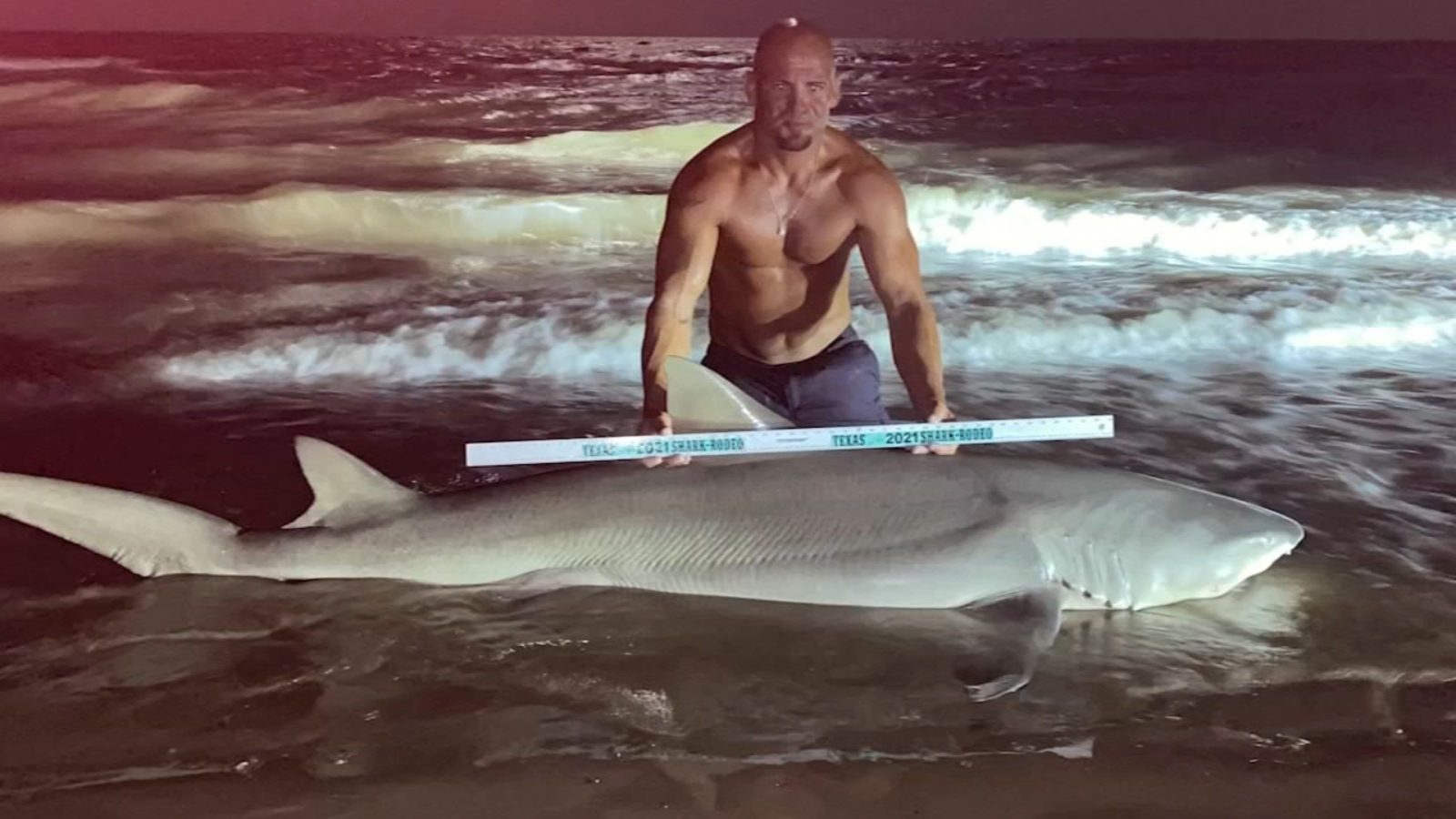 “You’ve got to be half crazy or what?” said Cody Davis as he laughed. He’s been fishing in the area for 26 years. “Not everybody can do it. Not everybody wants to do it, but I enjoy it.”

Davis, the owner of Green Tide Surf Fishing, has caught more than 100 sharks this year. Most of them are between four and five feet long.

But this year, perhaps due to the February freeze, he’s seen larger sharks than ever before. If it weren’t for the photos, you might think his July 23 catch was just an old fish tale.

Davis uses a technique he’s perfected over the years. He launches a waterproof drone with a tasty sting ray about 350 yards into the Gulf of Mexico. When the shark bites, the fishing pole jerks, and…