Dollywood, one of the best theme parks in the world, is adding the hottest new entertainment option of the season to its summer roster: drone light shows.

If you visit the amusement park nestled in the foothills of the Great Smoky Mountains in Tennessee between June 25 and July 31, you will be able to witness 400 drones match their beats to fireworks, and bring a spectacular Dollywood-centric story to life.

For this, the entertainment venue is partnering with Intel, whose drone light shows have bedazzled some of the world’s largest stages, including the Olympics, Coachella, and the Super Bowl.

The multi-sensory performance will be a part of Dollywood’s Sweet Summer Nights celebration. The drone light show will be integrated into a choreographed firework show, creating a visual and audial event of epic proportions. The whole production is said to have cost a half million dollars! 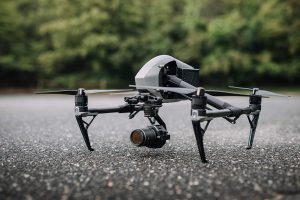 DJI INSPIRE 2 WILL BE DISCONTINUED IN FEBRUARY