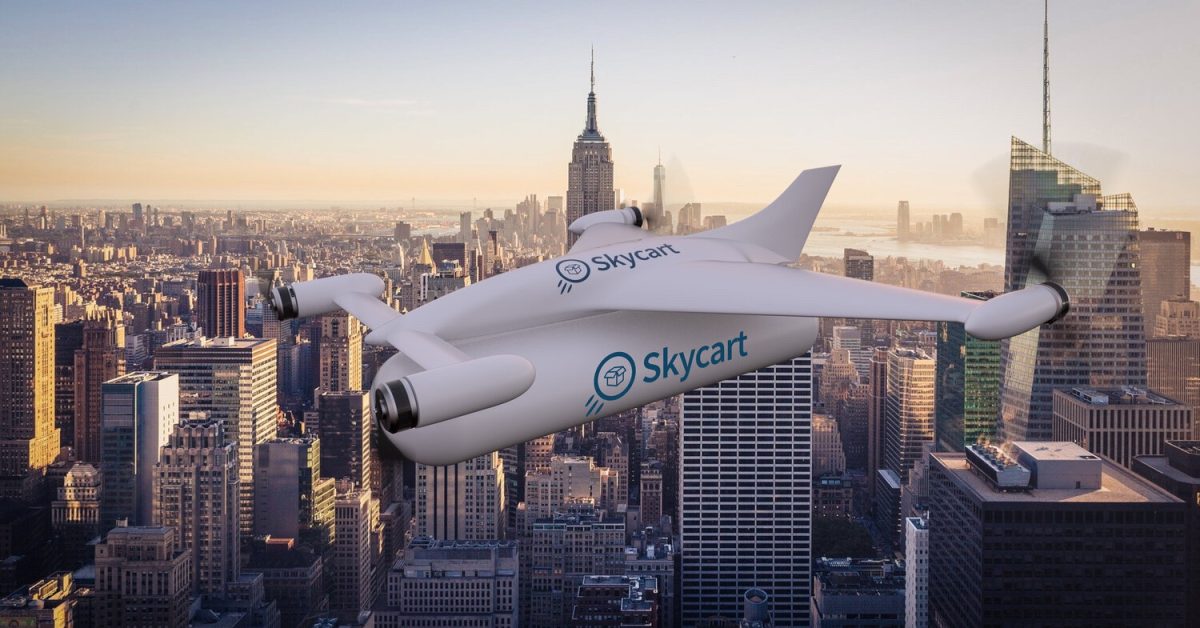 In addition to enabling separate deliveries to four different locations in a single mission, Skycart’s Nimbus drone also operates in fully autonomous mode through the company’s cloud network. The quad-package payload capacity goes one better than the Wingcopter’s 198, which was introduced scarcely a month ago as the world’s first triple-drop UAV.

Skycart says the Nimbus flies at a maximum 80 mph, with a range of 100 miles and top payload of 15 kg. Those all surpass the Wingcopter 198’s specs – even with the additional package thrown on. In a decidedly less remarkable revelation, by contrast, Skycart boasts the four-drop capacity represents a 75% reduction in drone traffic over single-parcel UAVs.