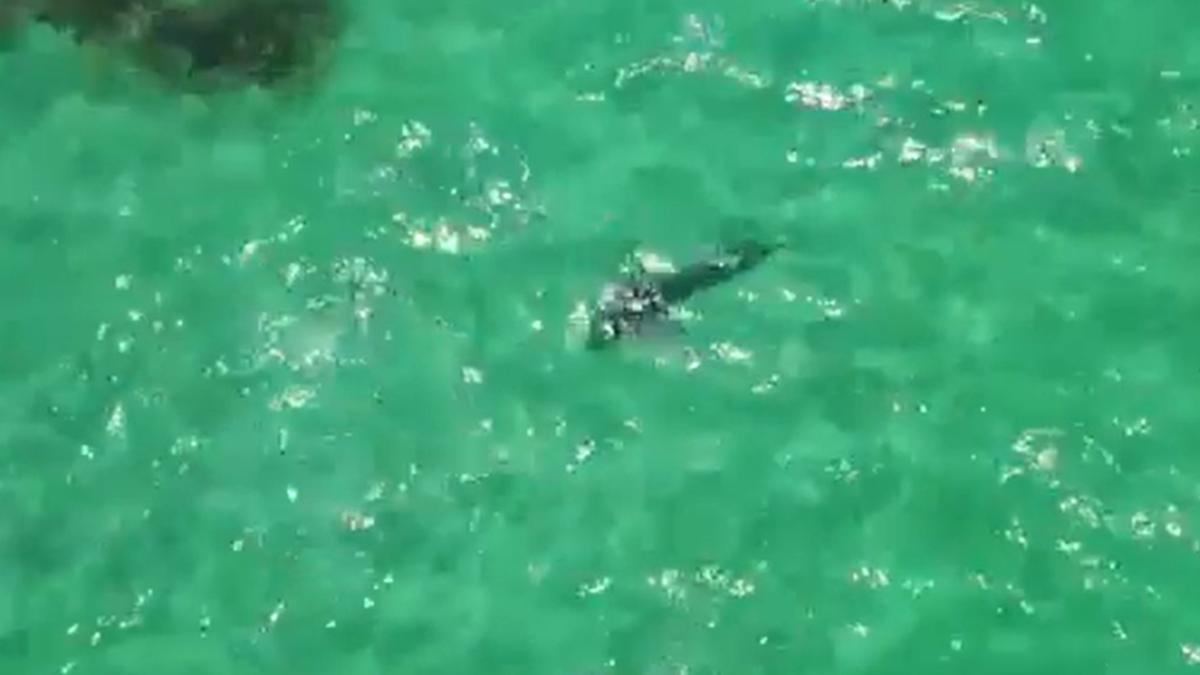 Meelup Beach was closed two days in a row after a man flying his drone spotted a shark just metres off the shore on Thursday morning.

David Alphonso had been flying his drone for only 30 seconds when he spotted a Bronze Whaler swimming in the shallows.

He quickly alerted a lifeguard and directed him to the shark with his drone.

“The lifeguard was coming in on the jet ski to try and scare the shark away but it wasn’t bothered,” Mr Alphonso said.

The shark sighting helicopter was then alerted and turned on the shark alarm as soon as it reached Meelup Beach.

The beach was closed due to the sighting but reopened around midday.

“To be able to help the lifeguards and help people move out of the way from any potential danger felt really good,” Mr Alphonso said.

However, he said this wasn’t an unusual occurrence – spotting three more sharks further out later in the day.