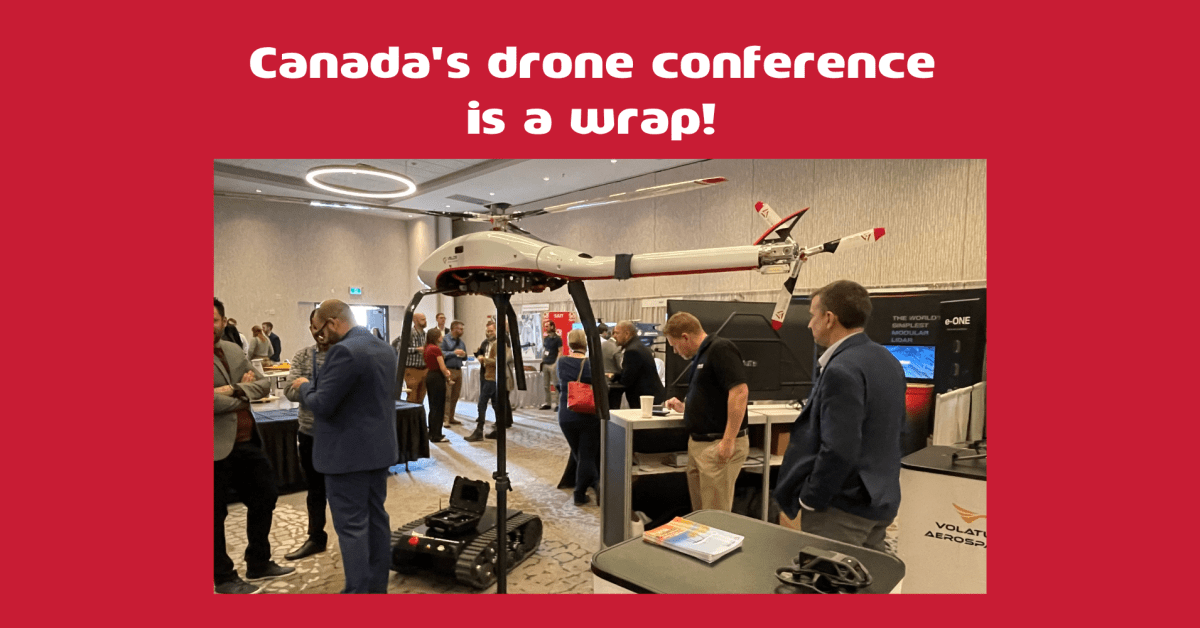 After a too-long hiatus due to the COVID-19 pandemic, the Aerial Evolution Association of Canada has held its first in-person conference since 2019. It’s Canada’s biggest conference in the drone industry. And, by all accounts, it was a great success.

The Aerial Evolution Association of Canada represents the interests of the Canadian drone industry (though drones are often referred to in Canada as remotely piloted aircraft systems). The conference brings together service providers, innovators, and regulators from the world of both crewed and uncrewed aircraft systems. You might think of it as the Canadian version of AUVSI, though there are some differences.

But a similarity? The show is known for its outstanding learning tracks – and this year was no exception.

There was a kickoff keynote from Volatus Aerospace, a publicly listed company that is the largest player in the drone world in Canada. CEO Glen Lynch got things underway by listing what…