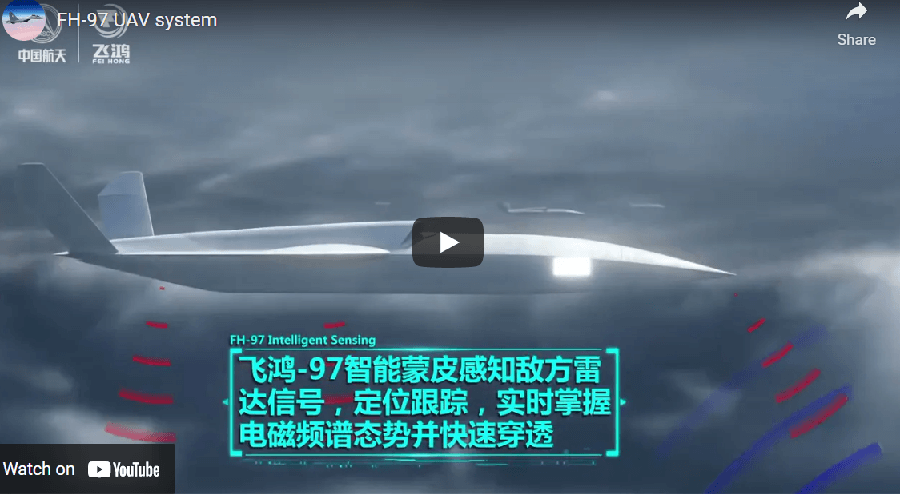 The latest drone belongs to the Fei Hong (FH) series of Unmanned Aerial Vehicles (UAV), known as the FH-95 UAV system, that can be used for all-weather, all-day reconnaissance and surveillance.

Not much is known about the operational characteristics of this drone, except that it is a medium-and-long range multi-purpose platform with a one-ton take-off weight and an endurance of more than 24 hours. It can carry more than 250 kilograms of various mission payloads.

The drone can also be paired with a satellite communication system for long-range combat missions in complex battlefield environments.

According to the Janes, the UAV has four weapon hardpoints, and among the weapons, it can carry…