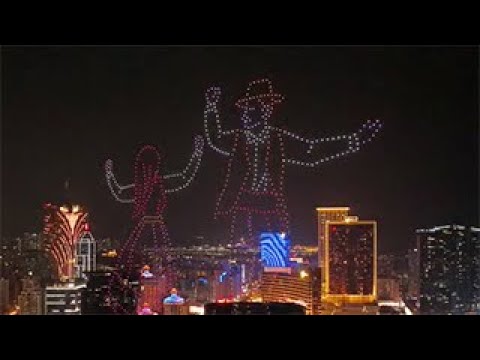 The Macao Government Tourism Office (MGTO) says it will turn its “Light Up Macao Drone Gala” into an annual event after this year’s gala received a positive response.

This year’s drone performance event started on 3 May and ran for four nights in total, with the MGTO increasing the number of drones from 300 during the inaugural event in 2021 to 880 drones performing in the night sky.

According to information released on Wednesday, the drone show attracted 103,000 spectators across the four nights, with nearly 950,000 viewers watching through MGTO’s social media platforms.

The average 26,000 spectators each night meant the average daily flow of people on the show days increased by 57.1% or almost 10,000 people compared to non-show days.

“The MGTO is dedicated to presenting a variety of…