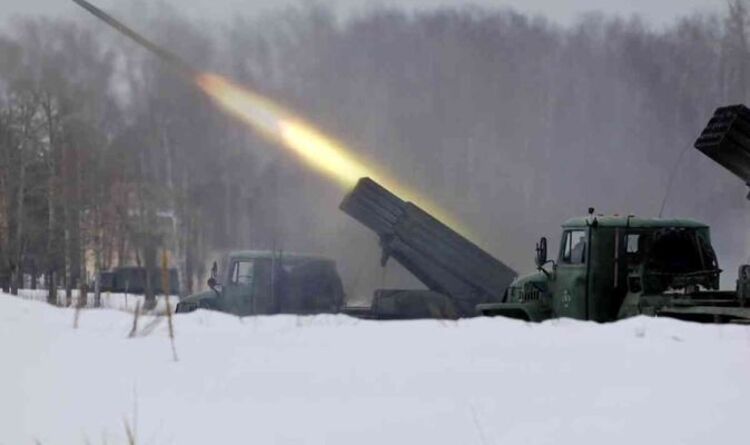 The Russian made drone flew across Romania and Hungary before entering Croatia. About 40 parked cars were damaged in the large explosion when the aircraft crashed, but no one was injured. The Croatian Defense Minister Mario Banozic said: “Traces of explosives and clues suggesting that this was not a reconnaissance aircraft were found. We found parts of an air bomb.”

The news comes after a Russian rocket attack on a military base at Yavoriv on the Polish border has killed 35 people.

Two large explosions were seen on Sunday at the base in Yavoriv, a garrison city just 12km from the Polish border.

It has been claimed that Russian forces fired more than 30 cruise missiles at the Yavoriv base.

The facility had been reportedly used to host foreign military trainers from the UK, US and other countries.

A US journalist has been shot dead by Russian forces in Ukraine, according to reports.

Brent Renaud, 51, was in a car with other journalists in the city of Irpin when troops opened fire, Kyiv…