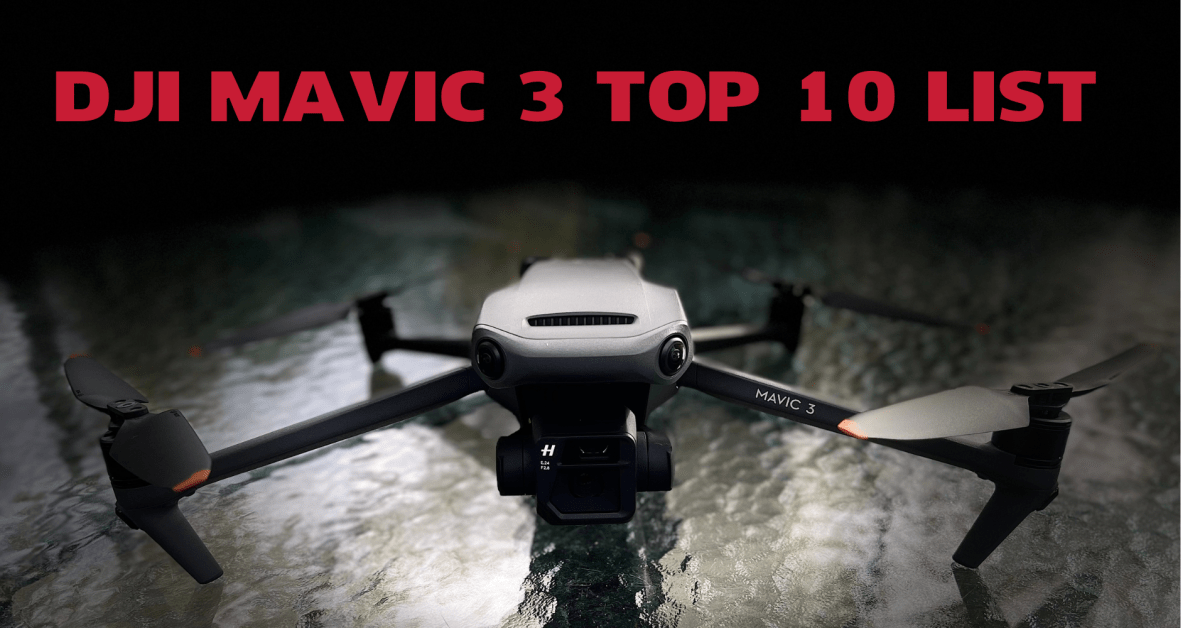 Well, after what feels like the world’s longest drumroll…the DJI Mavic 3 is here. We’ve had our hands on the standard Fly More Combo and have had some time – albeit limited – to check out this drone’s capabilities. It has a lot going for it…so let’s dive in with our Top 10 reasons to consider buying the DJI Mavic 3 drone.

What we had known as the Mavic Pro line was definitely due for a refresh. After all, it’s been more than three years since the Mavic 2 Pro line was released in August of 2018. So DJI has had a lot of time to rethink this drone – and it shows. The new Mavic 3 Standard is a significant redesign of the old Mavic Pro line, offering significant benefits over the old series. To put it bluntly, I’m impressed.

How impressed? I’m considering selling my Inspire 2 and going for the Cine model. Why? Well, let’s get into our list of the things that are looking good on the DJI Mavic 3.