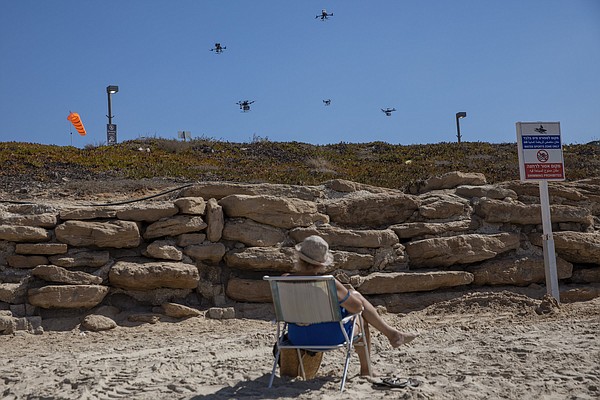 TEL AVIV, Israel — Dozens of drones floated through the skies of Tel Aviv on Monday, ferrying cartons of ice cream and sushi across the city in an experiment that officials hope provided a glimpse of the not-too-distant future.

Israel’s National Drone Initiative, a government program, carried out the drill to prepare for a world in which large quantities of commercial deliveries will be made by drones to take pressure off highly congested urban roads. The two-year program aims to apply the capabilities of Israeli drone companies to establish a nationwide network where customers can order goods and have them delivered to pick-up spots.

The project, now in the third of eight stages, is still in its infancy and faces many questions about security and logistics.

“We had 700 test flights at the start of this year, and now we are close to 9,000 flights,” said Daniella Partem, from Israel Innovation Authority, a partner in the drone initiative.

Israel is a global leader in drone…