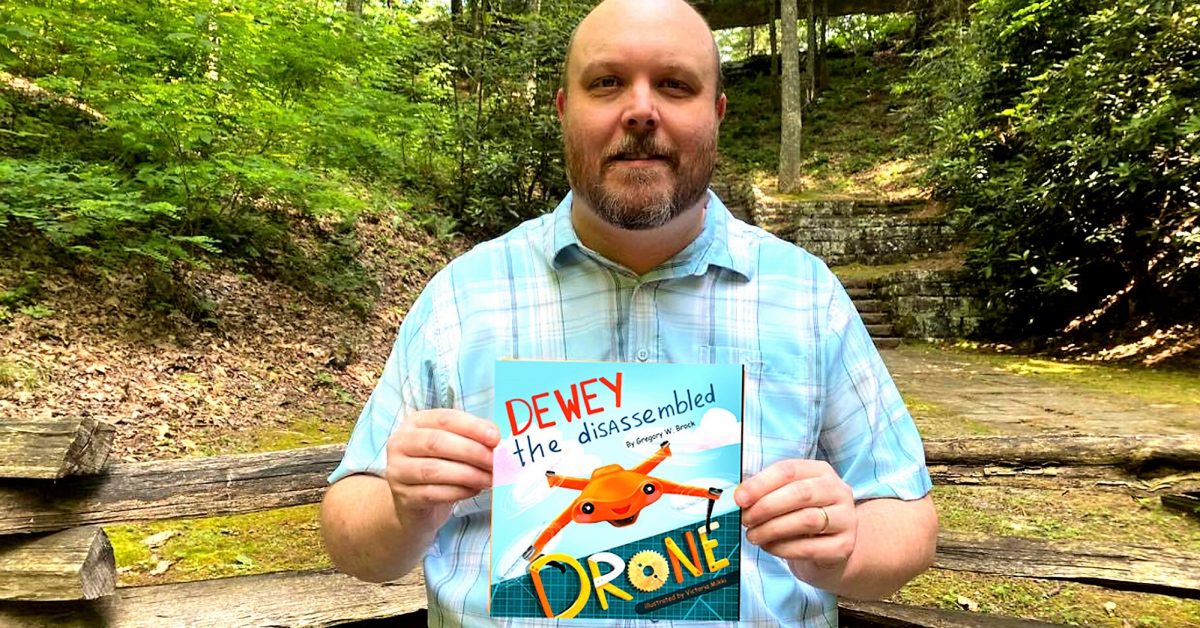 Ever since he could remember, Gregory W. Brock wanted to be an author. But procrastination, and bills, came in the way. Until now. Today, the father of four launches a Kickstarter campaign to self-publish a children’s picture book on the heroics of Dewey, a disassembled drone.

Dewey wants to fly. But he does not have all his parts. And so he would crash on take-off.

After Dewey was returned to the department store by the child that received him for his birthday, he felt he would never take to the skies. But an unlikely hero would believe in him enough to help Dewey achieve his dreams of flying.

The book focuses on hope, believing in yourself, and never giving up on your dreams, no matter what obstacles you may be faced with.

Brock hails from Benham, an Eastern Kentucky town so small, it’s home to less than 450 people. The 42-year-old holds a customer service job with cloud-based solutions company Linq. And he has used his Bachelor’s degree in…