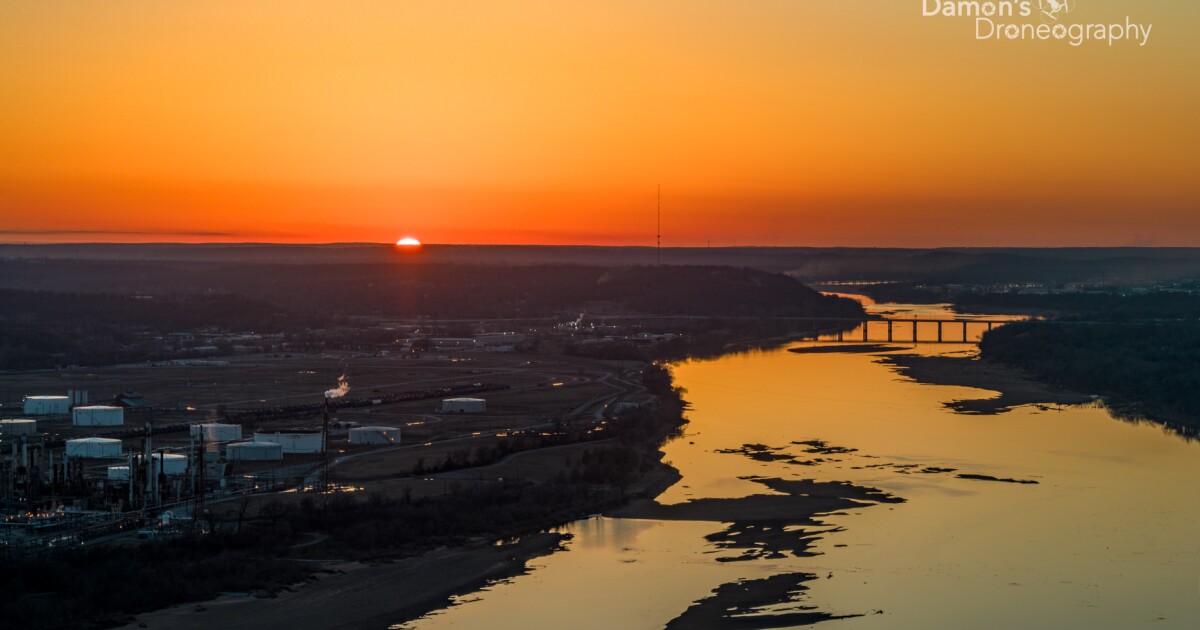 TULSA, Okla. — From the skyline to the Arkansas River bed, a Tulsa man is making it his mission to capture the beauty of Tulsa.

Only he does it from the sky, not the ground… and does it so well, he now has thousands of people following him on social media to see what moment of beauty he will capture on any given day.

We met up with Damon Platt in west Tulsa recently to find out more about the man behind the spectacular images.

Platt’s deadline is the golden hour before sunset and what he calls the “blue hour” after sunset. With a camera and a drone, Platt sees Tulsa in a whole new way.

“GPS, none of this stuff existed back in 2013 and you had to figure everything out,” said Platt Platt, drone photographer.

Platt and his longtime friend and former roommate Brett Cunningham first started their new hobby in 2013:…