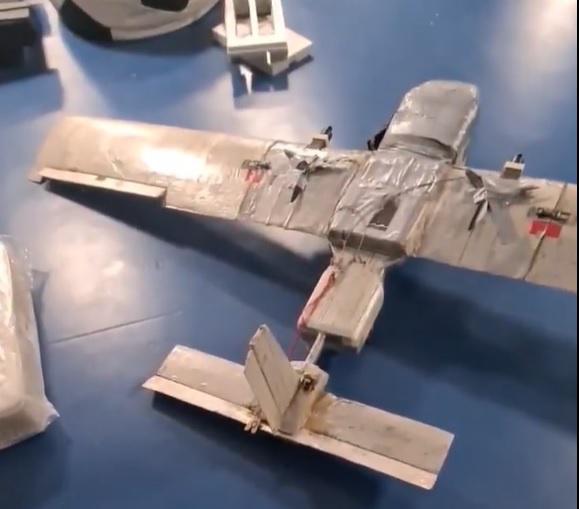 While allies hesitate over donations of multi-million dollar Leopard tanks and other major hardware, Ukrainian soldiers on the front line are fighting the Russians on a shoestring budget, even assembling their own home-made drone bomber. The miniature warbird seems to be held together with duct tape but is a combat veteran.

“It worked well in the Kharkiv direction and the Belgorod region of Russia. Its plus is cheapness, it’s really made of foam plastic, mounting foam and Chinese spare parts,” according to text accompanying a video on Telegram (found by analyst Abraxas Spa) showing soldiers of the Sonechko (“Sunshine”) unit assembling improvised fragmentation bombs for it.

This volunteer reconnaissance battalion started as one of many self-organized militias in 2014, and although now integrated into the Ukrainian army, self-reliance is still important….