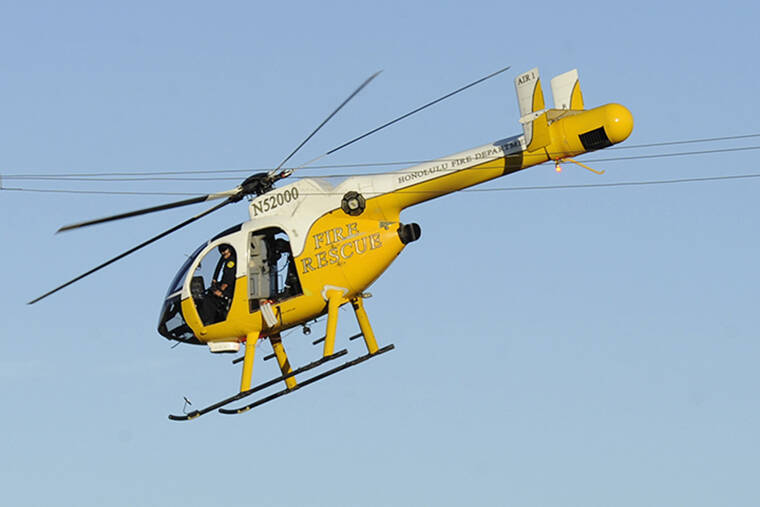 Honolulu firefighters rescued a distressed hiker at Koko Head Trail this morning — and had to deal with a rogue drone that had reportedly interfered with the emergency operation.

The Honolulu Fire Department today said it received a call at around 11 a.m. about a 55-year-old man who was hiking near the top of the trail when he experienced a heat-related medical emergency.

HFD personnel walked up the trail and noted the presence of the drone to personnel in the fire department’s Air 2 helicopter, which then left the area to avoid a collision.

Firefighters reached the hiker, conducted a medical assessment and brought him to a landing zone at the top of the trail via a rescue stretcher.

HFD found and told the drone operator to stow the drone, as it was interfering with the operation, the fire department said. When it was safe, Air 2 landed at the top of the trail to pick up the hiker. He was flown to a nearby landing zone, and care was transferred to…