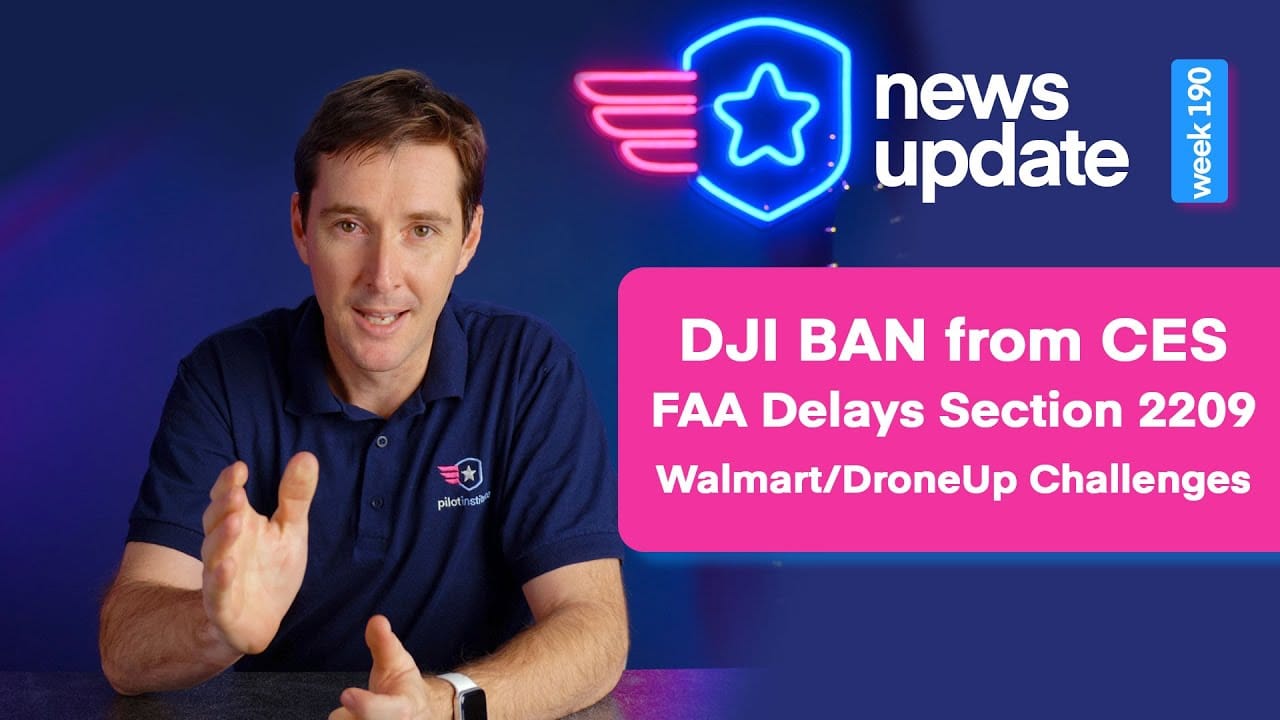 This week in Drone News, we have three stories for you, the DJI CES ban, the Federal Aviation Administration (FAA) delays Section 2209 again, and Walmart and DroneUp are facing some delivery challenges. Let’s get to it.

The first story this week is DJI is banned from CES. Now, if you went to CES this year, you may have noticed that DJI was not in attendance.

Allegedly, this is due to the fact that they are included in the Department of Commerce entity list. Now, this was also confirmed by DroneXL via an email that quoted companies on the Department of Commerce entity list are not allowed to be exhibiting at CES. An interesting note on this is the fact that Huawei, the Chinese telecommunication company, was permitted to have a booth at the exhibit despite their being on the same exact list as DJI. So think about that. Note: Huawei was not present in 2023 but was at CES in 2020.