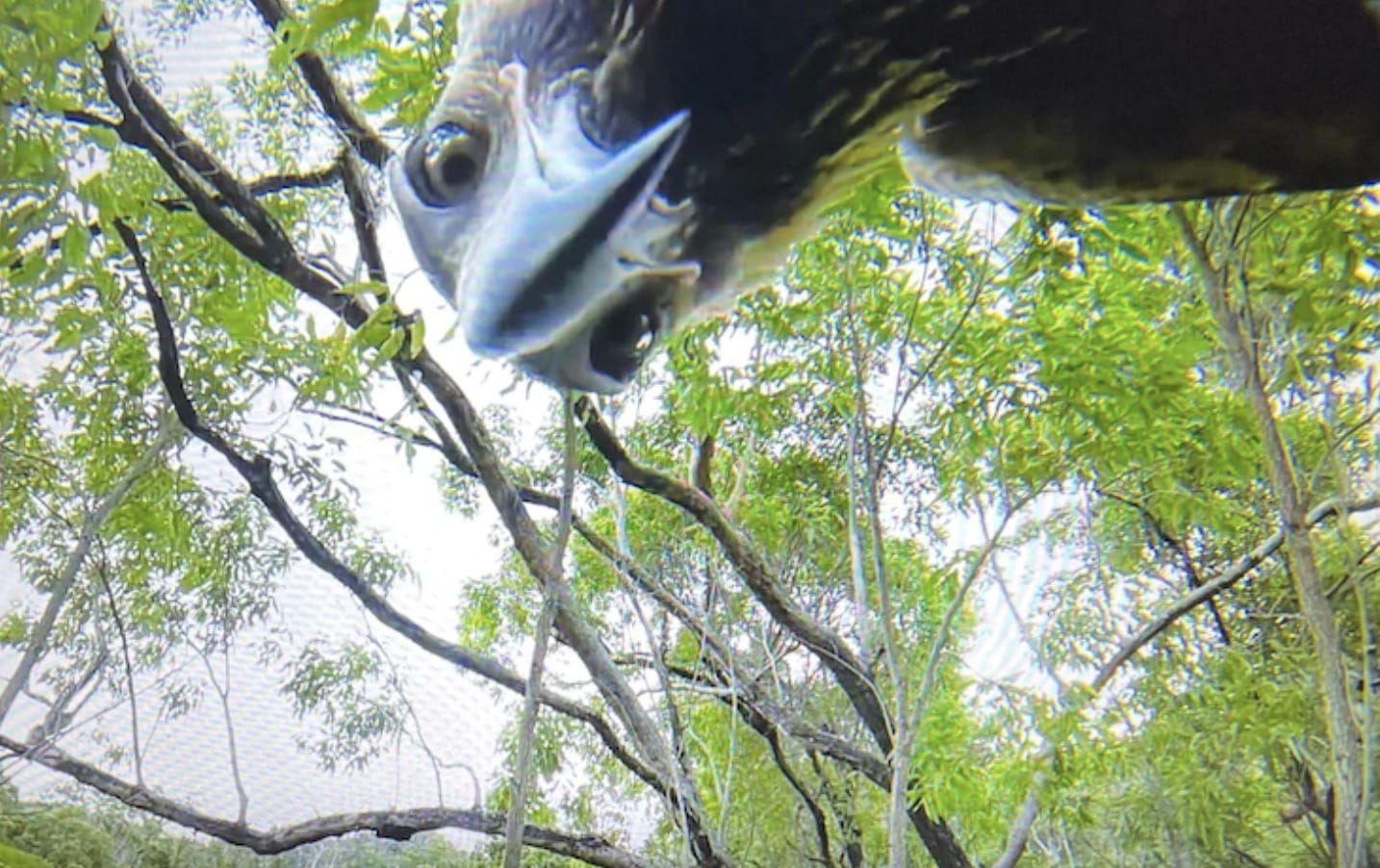 A drone enthusiast in Australia gets a cheeky selfie from a curious eagle who stole his camera drone from the sky.

Matthew Wood was using a drone to take aerial photos of the scenery in the Pioneer Valley, west of Mackay in Queensland, and was having a great time until his favorite drone was attacked by an eagle.

The only clue that Wood has regarding what happened to his drone is a one-second video clip showing an eagle looking directly into the drone’s camera.

“I was just flying along the grassy hills up there, and it was looking really nice and really nice lighting … then the drone took a hit,” he explained. “I was watching it all while it was connected to my controller, and all I saw was the camera pretty much looking at the ground as the eagle flew away with it.”

Mr. Wood said that he instantly jumped on his motorcycle and went down the range. He was able to pick up a GPS signal, but the drone looked to be in an area with a lot of grass or up in a…