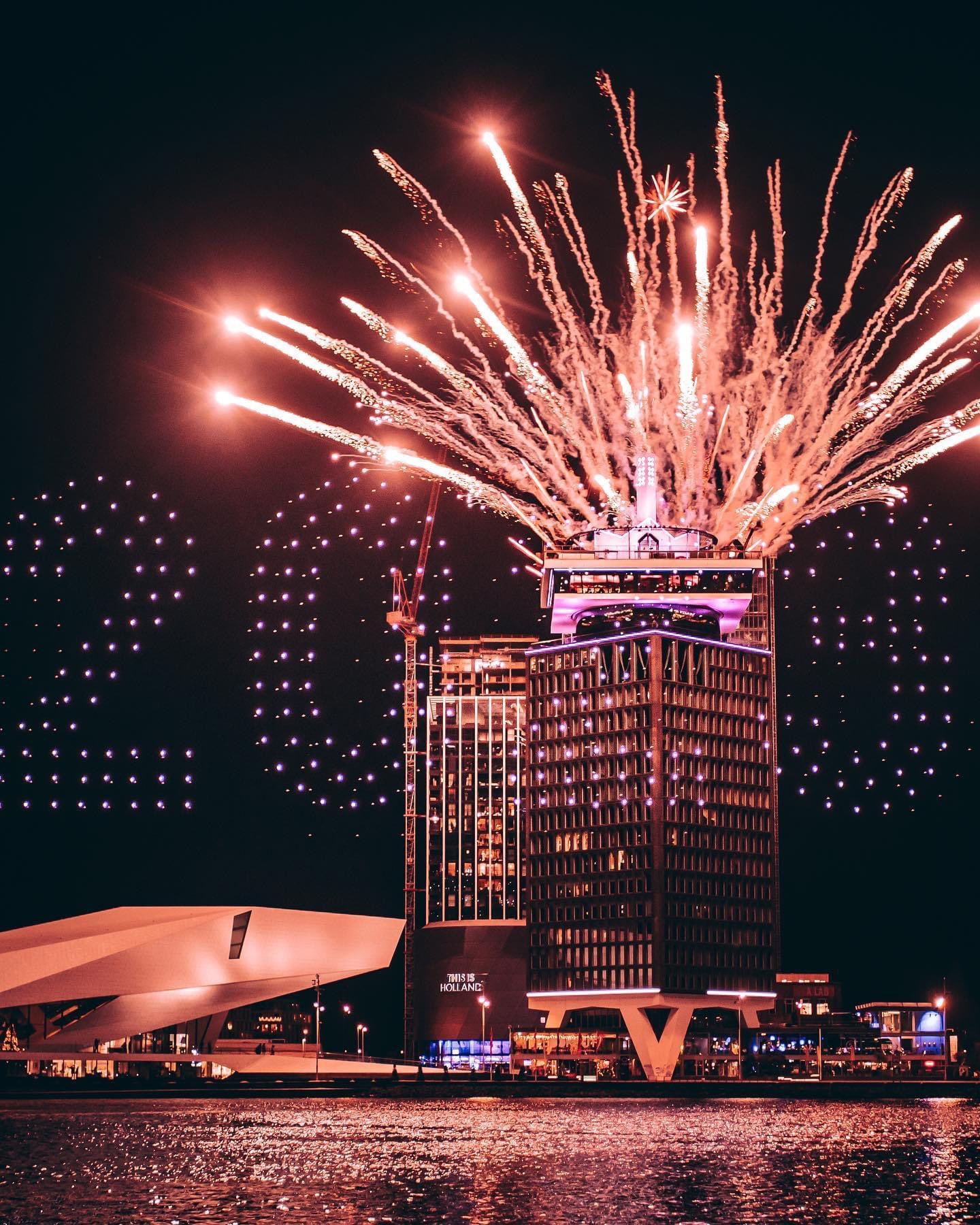 Due to bad weather, the 2023 drone show above the A’DAM Tower that was originally planned for New Year’s Eve took place last Monday, January 2nd.

At exactly 20:23 at night, 600 drones flew simultaneously to create a display of images and figures.

The Drone Light Show was accompanied with music and fireworks from the A’dam Tower and was visible from the quays around the IJ, near Central Station in Amsterdam.

The drone show was originally scheduled to take place on Saturday, but only if the weather conditions allowed for both the drones and fireworks to be used.

Due to strong wind conditions at the IJ (with a wind force of 6), the event was cancelled. The organization made the decision to move the show to Monday evening.

DroneXL spoke with Stephen Sutton from the Fly By Guys, who explained that the drones can be flown up to a maximum wind speed of 11 meters per second.