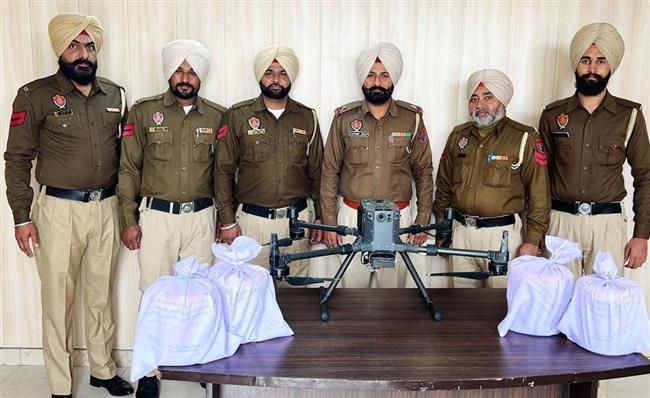 Striking a major blow to the trans-border narcotic smuggling networks amidst the ongoing war against drugs launched on the directions of Chief Minister (CM) Bhagwant Mann, Punjab Police have busted an elaborated drug smuggling cartel with the arrest of its two kingpins after recovering 10Kg heroin and one sophisticated drone from their possession, said Director General of Police (DGP) Punjab Gaurav Yadav here on Sunday.

The arrested smugglers identified as Dalbir and Jagdish, both residents of Gharinda in Amritsar, were engaged in drug trafficking for the last three years and have no criminal case registered against them.