500 drones come together to write Dubai in the sky 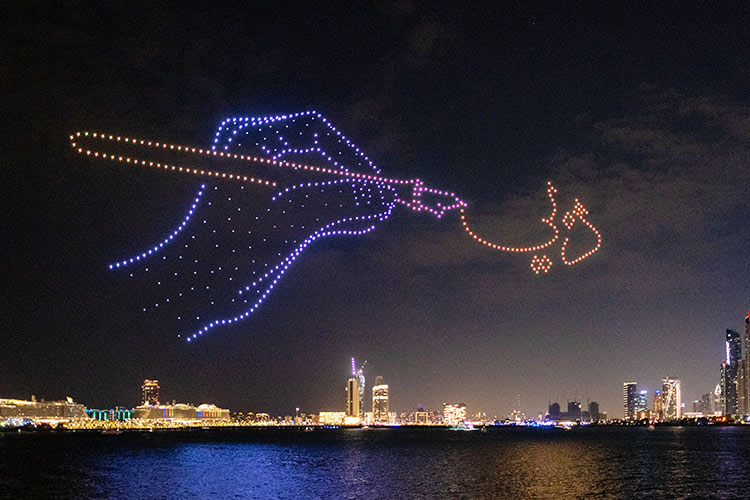 A synchronized drones show writes Dubai in the sky.

In a breathtaking display of technological marvel, experts in most advanced city in the world put up a massive drone show bearing the name of Dubai in Arabic.

The photos were shared by Government of Dubai Media office on Twitter.

The tweet said, “500 drones come together to form #دبي (Dubai in Arabic) as part of the Dubai Shopping Festival Drone Light Show.”

Residents and visitors can watch it live every night till Jan.29, 2023 aforementioned places.

The DSF said that the longest-running drone light show in the region will feature all-new choreography from the most advanced 3D drones as well as new music composed especially for the performances during festival.

It also said, “Enjoy 46 consecutive days of a high-tech production…