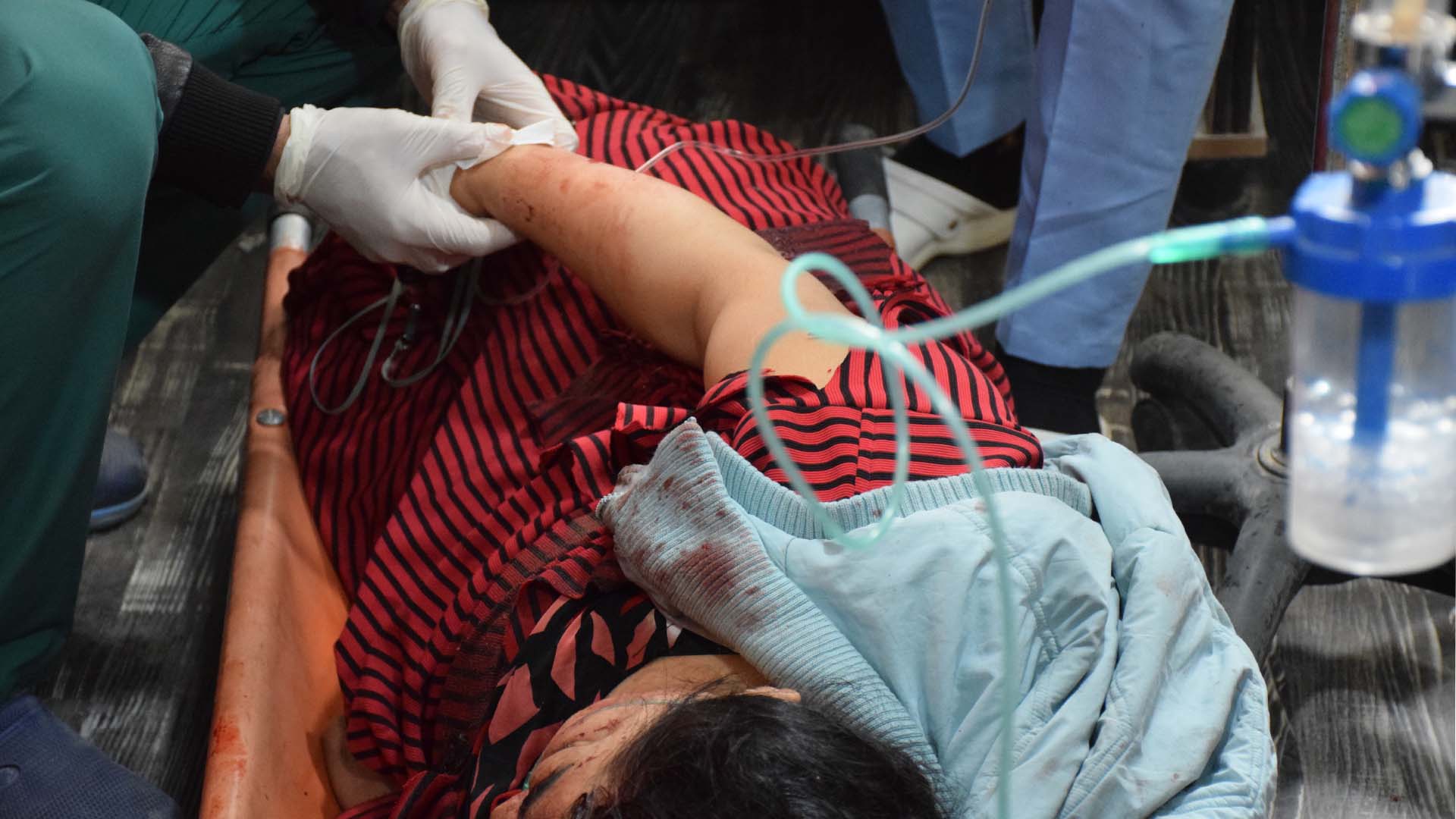 ANHA’s reporter from Tirbe Spi district reported that a Turkish occupation army drone had targeted a city in the village of Mezkift, northeast of the district.

He confirmed that 4 people, including a child, were injured as a result of the targeting, where they were transferred to a hospital in the district.

According to the hospital records of the district, the injured are: “Aisha Khalaf Ali, Jawaher Khaled Muhammad, Thawrat Al-Matar, and the child Reham Azzam Al-Ali.”