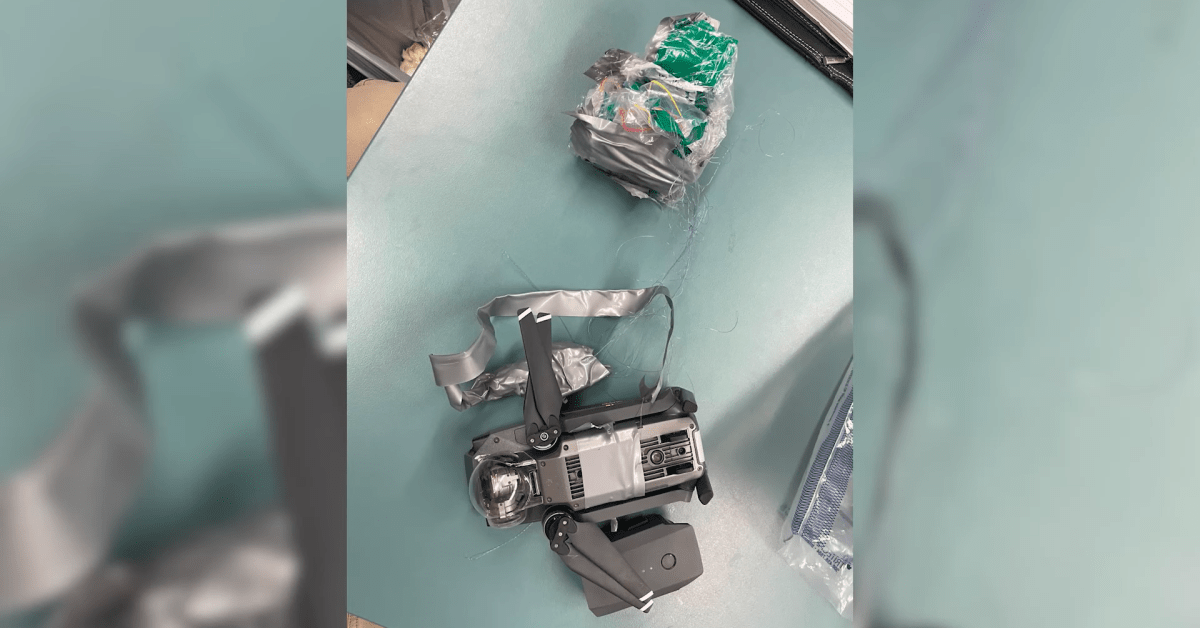 Police are investigating a DJI Mavic Pro drone that was found attempting to fly drugs worth $167,000 (AUD 250,000) into a prison in Australia.

The drone was discovered by patrolling officers on the grounds of Townsville Correctional Centre prison facility on November 11. Police believe the 4K camera drone crashed there around November 9.

The drone was carrying substaintial quantities of methylamphetamine, tobacco, cannabis, and suboxone strips when it crashed. Suboxone is used to treat opioid dependence, but the drug itself can be habit-forming.

CCTV cameras captured a light-colored utility vehicle near the prison facility at the time of the incident. Investigators have now released the video footage of the same and are seeking assistance from the public for information regarding the drone flight or the vehicle. Here’s the video shared by the police: