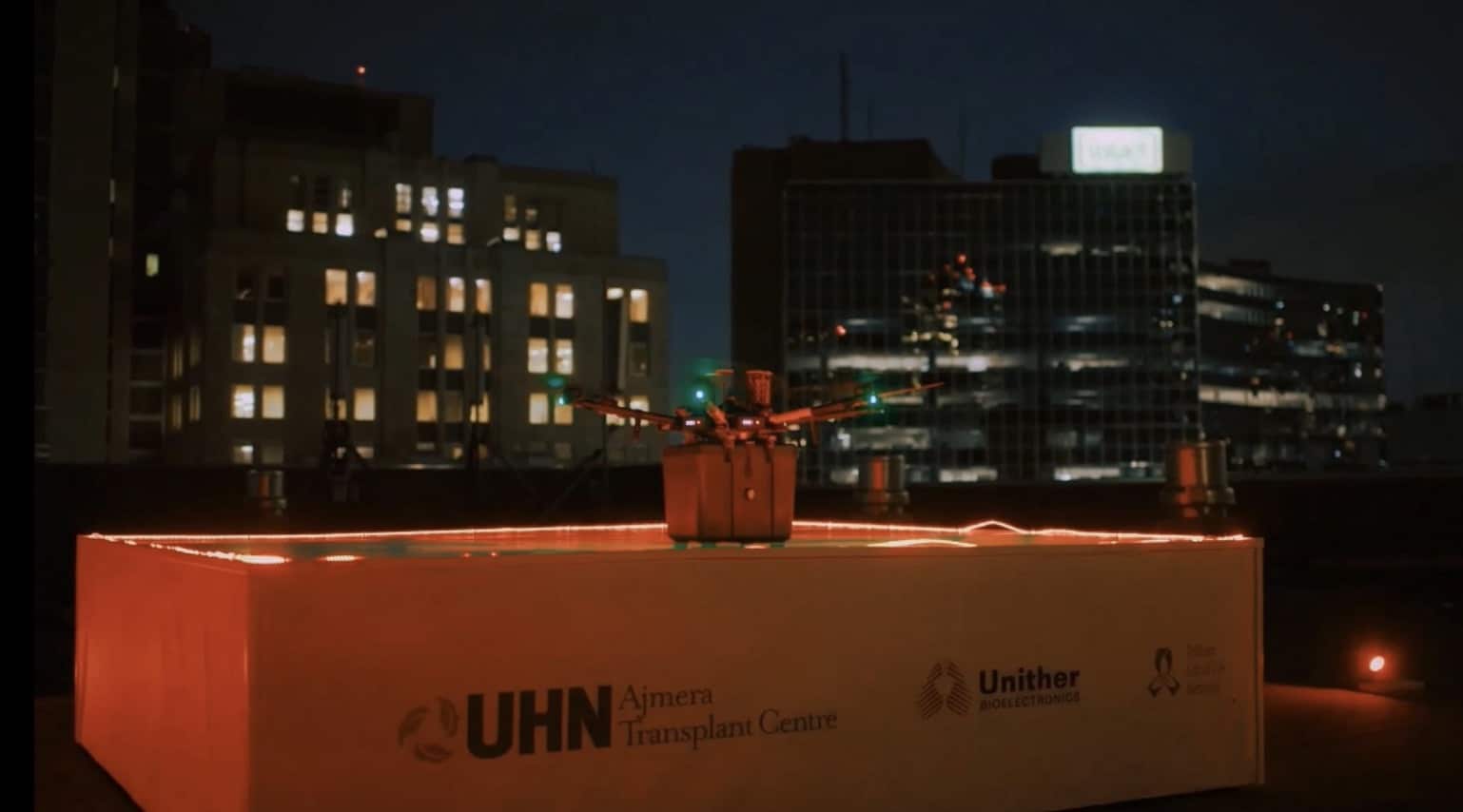 In Toronto, Canada, a DJI Matrice 600 Pro drone transported a human lung across the city for an emergency transplant.

The drone delivery of the human lung took place in September of 2021, but a team of Canadian researchers only released the paper in Science Robotics today.

The lung was transported by drone from Toronto Western Hospital to Toronto General Hospital, which is located 1.24 miles away.

While 1.24 miles might not seem like a very great distance, but when transporting human organs, time is of the essence, and a drone will not have to deal with any inner-city traffic.

“The moment an organ is removed from the human body, it begins to rapidly deteriorate,” the authors of the research article explained. “Failure to deliver and transplant an organ in a timely manner can result in a missed opportunity to save a life.”

The human lung was transported with the help of a DJI Matrice 600 Pro, which had been modified for medical transport.