Skip to content
Home » News » Ukraine Deradicalized Its Extremist Troops. Now They Might Be Preparing A Counteroffensive.

Ukraine Deradicalized Its Extremist Troops. Now They Might Be Preparing A Counteroffensive. 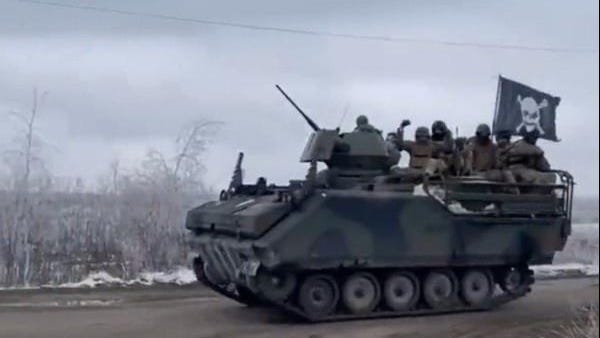 The narrative the Kremlin advances to justify its brutal war on the Ukrainian people—that Ukraine is a far-right Nazi regime bent on destroying Russia—is a lie.

Yes, there really are far-right elements in Ukrainian society. But it’s unfair to describe Ukrainian military units—even those that orginally formed within fringe groups—as “right-wing.” Kyiv deliberately has de-radicalized these units.

The 98th Azov Battalion is one of several units that has undergone this transformation. Today the battalion essentially is indistinguishable from other Ukrainian formations.

The anti-immigrant Azov Movement arguably is the most powerful of Ukraine’s far-right organizations. When Russian troops and the separatist allies first attacked eastern Ukraine back in 2014, the Azov Movement formed an armed paramilitary regiment—and resisted.

The Azov Regiment really was an extremist formation. It borrowed iconography from Nazi Germany…