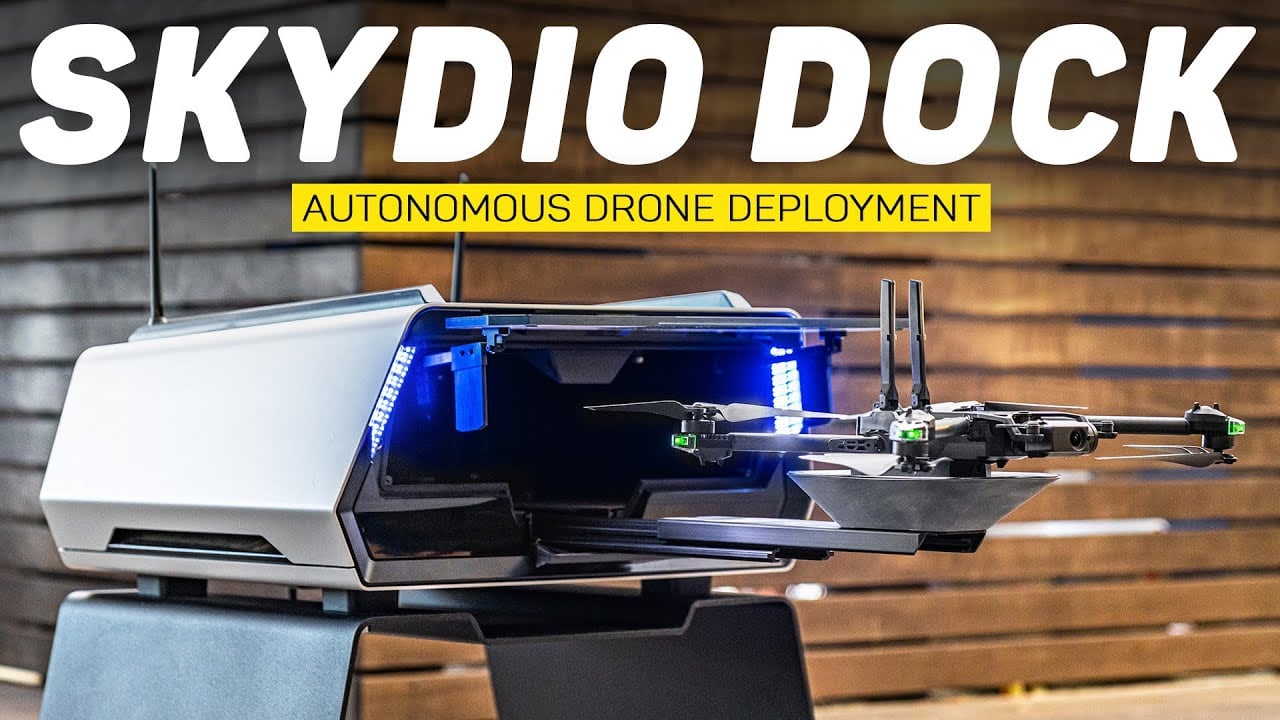 If you remember, Skydio initially unveiled their dock about two and a half years ago, and that initial prototype was a tiny metal box.

Since then, they have been making refinements to the hardware and software to develop their final version of the dock, which just looks so Skydio. Like, it matches the design aesthetic of their drones perfectly.

With that said, the functionality of the dock is equally as impressive, and you don’t really understand how much goes into making it work, until you learn the nuances and what’s happening behind the scenes. Like, it’s not just a box that holds and protects a drone.

So Skydio actually surprised us with 2 versions of the dock.

We, of course, have the standard dock that fully encloses the drone, and is built for…