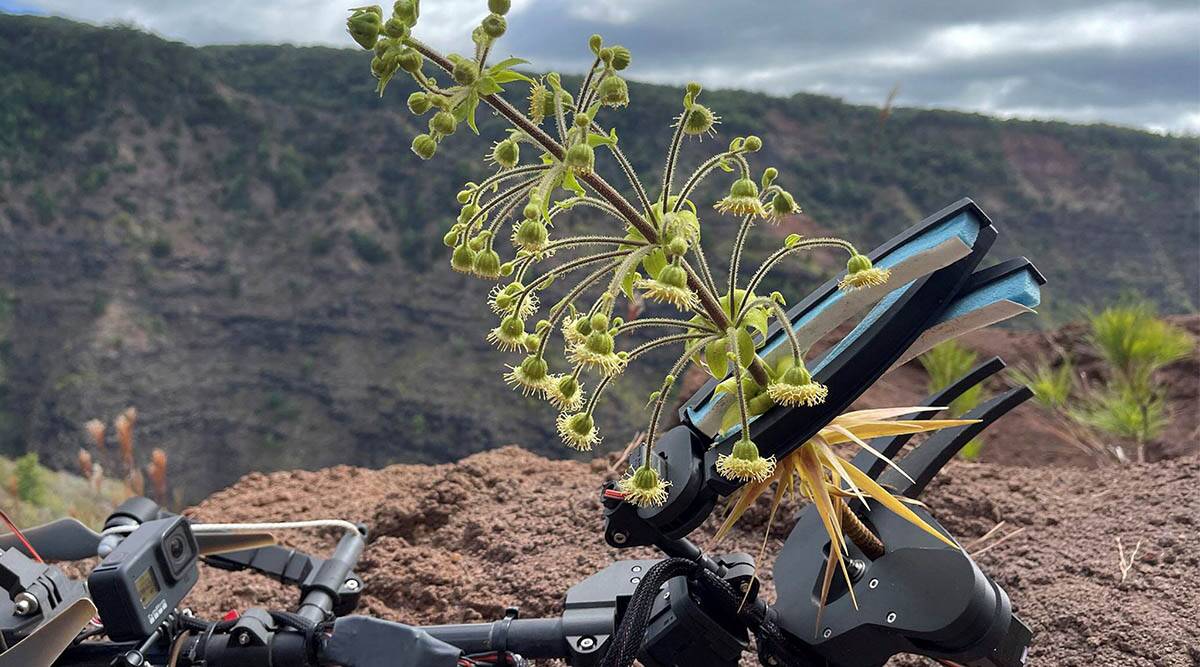 Ben Nyberg stood on a knife-edge ridge along Hawaii’s Na Pali Coast, his eyes scouring the leafy recesses of the neighboring red-rock ridges. It was quiet, if not for a faint buzzing of a drone flying among flocks of curious white-tailed tropicbirds.

Nyberg steered the drone closer toward the opposing ridge, scanning the iPad in his hands, which acted as a viewfinder. Then, he saw it: Wilkesia hobdyi.

Its tufted bright green leaves stood out from other plants clinging to the cliff, appearing like something out of a Dr. Seuss book.

A member of the sunflower family known by its common name dwarf iliau, W. hobdyi was once abundant on the Hawaiian island of Kaua’i. But after Europeans introduced goats to the isle in the late 1700s, the plant was grazed into near-extinction.

Isolated from continental landmasses, W. hobdyi had never evolved defenses against hungry livestock, such as bitter leaves or sharp thorns.

For decades, searching for such hard-to-reach plants and collecting…