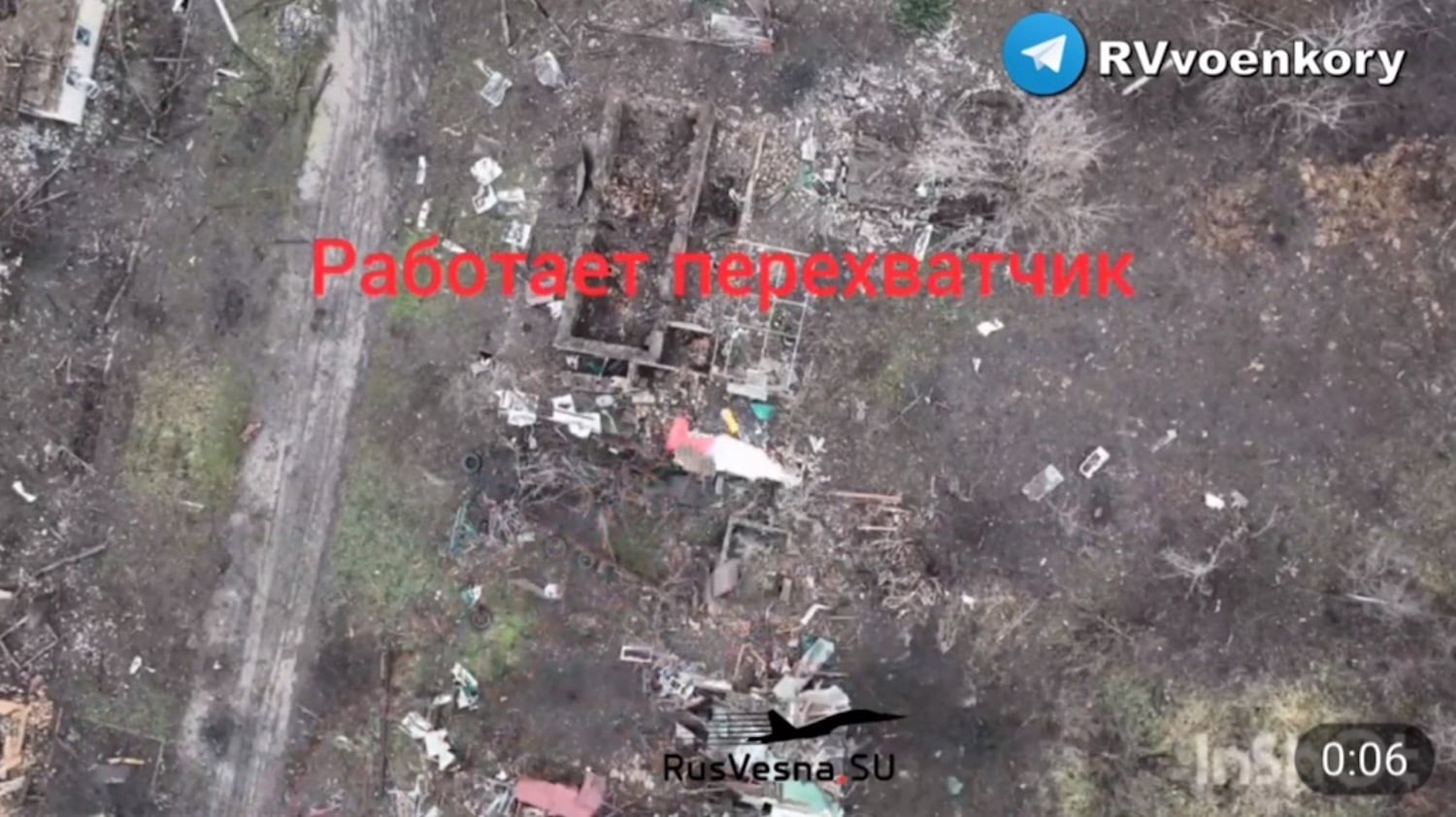 This video shows us modern drone warfare as a Russian DJI Mavic takes out what appears to be a Ukrainian Autel EVO by simply dropping a grenade on the unmanned aircraft. The falling explosive knocks the EVO out of the sky but doesn’t detonate until it hits the ground.

Over the last few weeks, we have seen multiple videos, mainly originating from the Telegram app, that show us modern drone warfare with off-the-shelf DJI drones and others. The DJI Mavic 3 has even been dubbed “a real icon of contemporary warfare,” by retired Russian general Yuri Baluyevsky.

This particular video was accompanied by the following text:

Right on target: One of the first recorded UHF drone kills by bombardment from the Mavic 3 drone of the Russian army.

Our military continues to track down and attack the enemy at the front with the help of drones.

The video of our comrades show the defeat of a Ukrainian drone. It was hit by a bomb drop.

Soldiers thank good people from the…