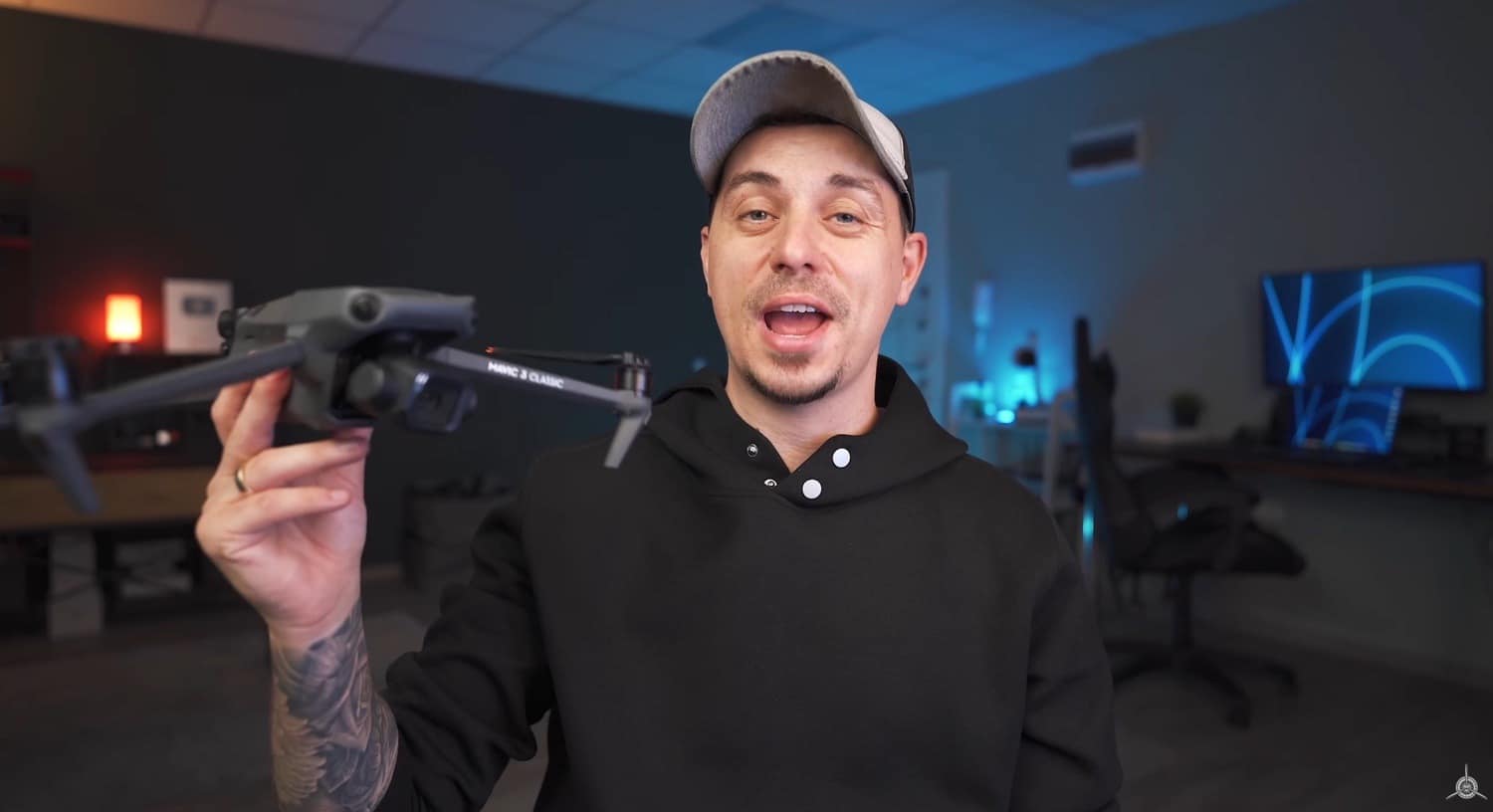 Here we have the brand new DJI Mavic 3 Classic, and in today’s video, I’ll let you know everything you need to know about this drone. So, this drone is the actual successor of one of the most popular drones we’ve ever seen from DJI, the Mavic 2 Pro.

We will know with the release of the Mavic 2 Pro and the one-inch Hasselblad sensor, it was pretty much game over for any other portable drone as up until this point, nobody had ever created such a powerful but tiny and compact drone.

And now we have the Mavic 3 Classic, which aims to replicate the same success by introducing a four-thirds Hasselblad sensor with a single camera.

So unlike the regular DJI Mavic 3 which comes with a wide-angle camera and a telephoto camera, this one comes with just one camera, the wide option, which is, in a 35-millimeter equivalent, a 24-millimeter wide-angle…