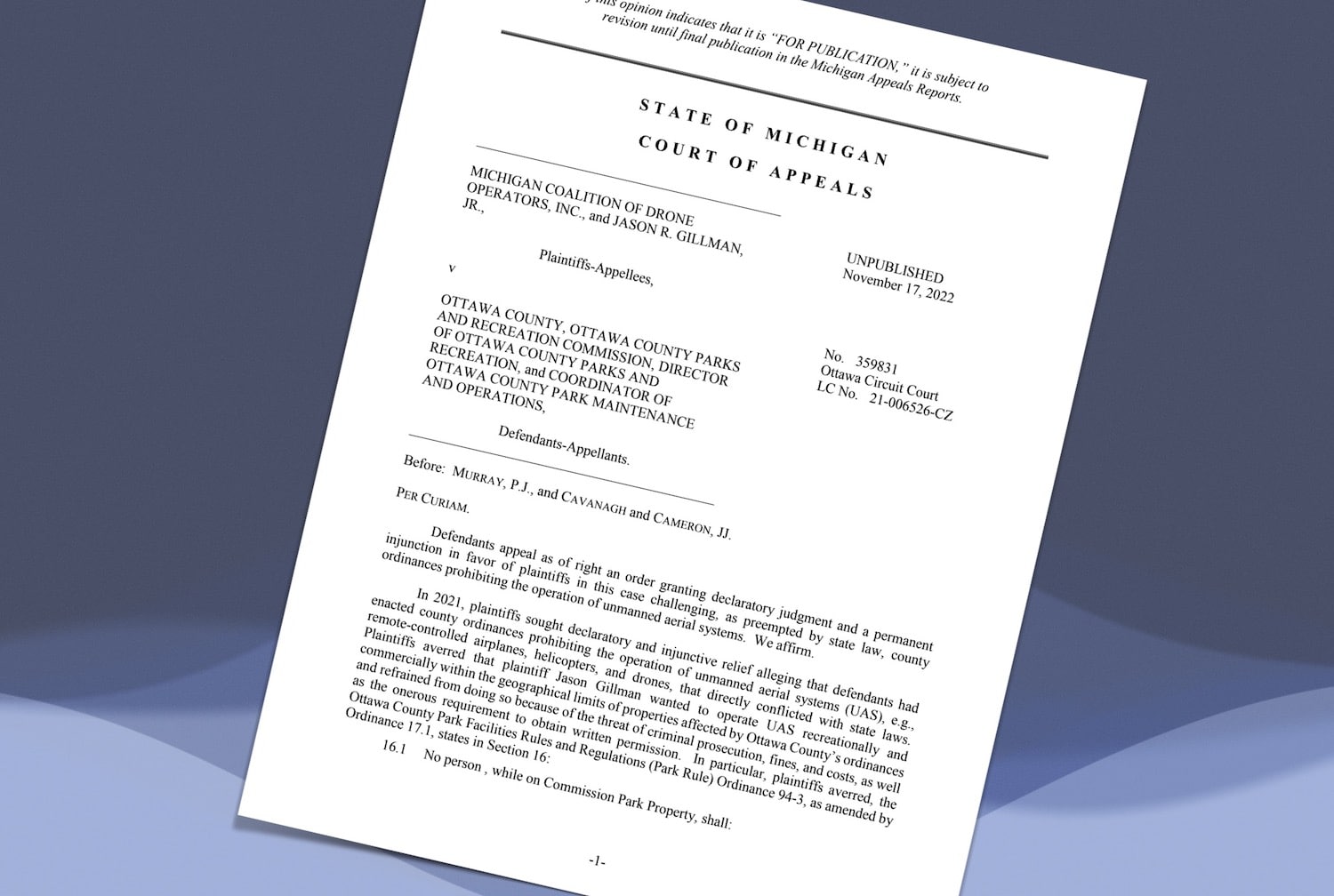 The Court of Appeals for the State of Michigan has decided in support of the use of unmanned aerial systems (UAS), such as remote-controlled aircraft, helicopters, and drones. The decision upholds federal and state laws over local drone ordinances.

The state’s drone preemption law (MCL 259.305) was put to the test in a lawsuit, and it was decided that no local governments (political subdivisions) in Michigan can make or enforce their own drone laws.

Michigan was one of the first states in the country to establish this statewide standard. The Michigan Coalition of Drone Operators filed the lawsuit to protect the rights of drone operators across the state.

According to industry analysts, this decision goes a long way toward adopting the FAA’s concept of not having a patchwork quilt of local restrictions, which would make the National Airspace (NAS) less safe rather than safer.

Therefore, plaintiffs averred, they were entitled to a declaratory judgment under MCR 2.605…