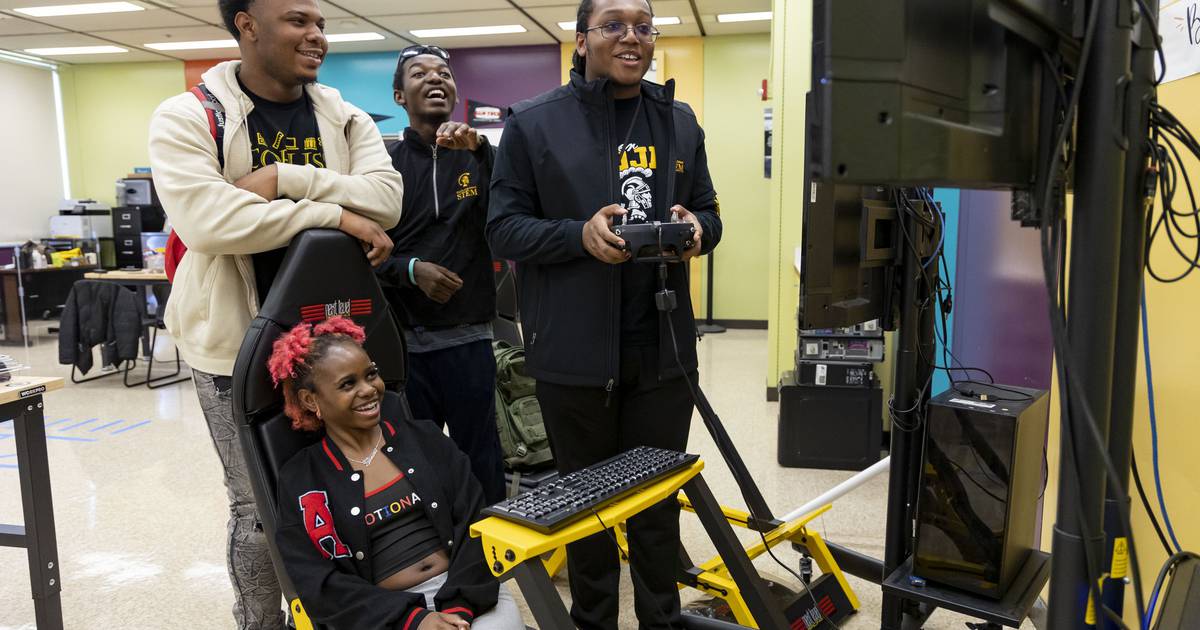 A’Janay Lurry considered the wind pattern and airport traffic flow before she made her descent onto the runway.

Only this runway was a dotted line of blue masking tape in a classroom at Chicago’s Corliss High School, and the conditions of the air were instructions from her teacher.

Lurry is among participants in Corliss’ new aviation program known as “pilot school.” It gives students the chance to train for the Federal Aviation Administration’s unmanned drone pilot certification exam, a license that permits flying drones for hire or any nonrecreational purpose.

Five students from Corliss — an early-college science, technology, engineering and math school in the Pullman neighborhood on Chicago’s Far South Side — passed the two-hour, 60-question exam this year. That included Lurry, a senior who, according to Chicago Public Schools, became the first commercially licensed Black female drone pilot under 21.

“It was a good learning experience,” Lurry said. “And flying…