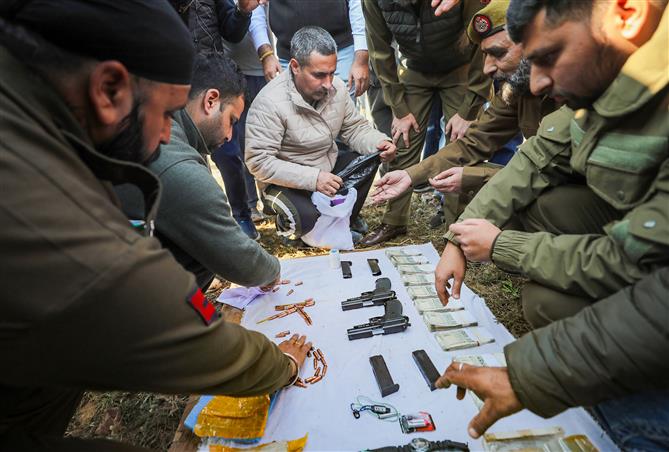 The police seized improvised explosive devices (IEDs), firearms and ammunition besides Rs 5 lakh in cash, suspected to be dropped by some drone from Pakistan, in Samba district on Thursday morning. The consignment, stuffed in a packet, included two unassembled IEDs, detonators, two pistols, four magazines, 60 rounds, a wrist watch, two batteries and a chemical bottle besides 10 bundles of Indian currency in Rs 500 denomination amounting to Rs 5 lakh.

According to the police, a local resident was passing through the area at around 6 am when he spotted the packet in Badali village near Swankha Morh under the jurisdiction of Vijaypur subdivision in Samba district, close to the international border. He informed the police following which a team of cops, along with a bomb disposal squad, was rushed to the spot. Senior officials also reached there.