Skip to content
Home » News » Incidents of drone-dropping from Pakistan largely down in Jammu: BSF : The Tribune India

Incidents of drone-dropping from Pakistan largely down in Jammu: BSF : The Tribune India 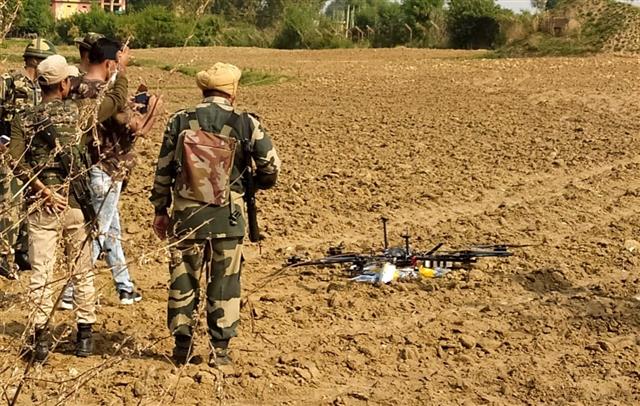 The Border Security Force (BSF) has put in place its winter strategy along the International Border (IB) on the Jammu frontier to foil cross-border infiltration and said the number of incidents of drone-dropping of weapons, explosives and narcotics from Pakistan has decreased in the last three-four months.

Inspector General of the border-guarding force DK Boora told reporters here that the number of incidents of drone droppings from Pakistan has gone down substantially along the IB on the Jammu frontier.

“Several such measures have been taken in this regard,” he said.

The IG asserted that with the help of technology, the force will put an end to this menace.

“The BSF is alert on the border. Those involved in this have been arrested by police,” he said.

Asked whether terrorists would now focus on infiltrating through the IB in view of snow along the Line of Control, Boora said, “It is…