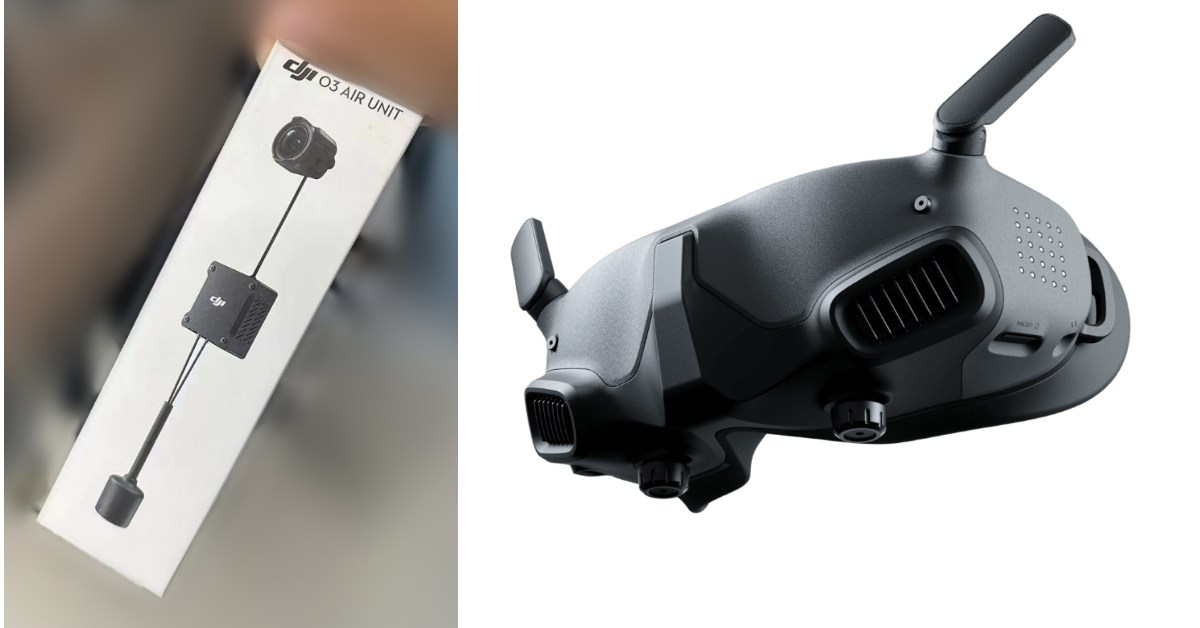 DJI might be prepping to release a couple of new products soon. According to leakers, the tech giant could unveil the DJI O3 Air Unit for FPV drones and a “Lite” version of Goggles 2 as soon as this month.

The O3 Air Unit transmission module has been a long time coming. It first appeared on the FCC database in July 2022 alongside the Avata FPV drone and DJI Goggles 2.

Leaker @DealsDrone indicates that the O3 Air Unit is being tested for a new firmware build before being released this month. It is said to be accompanied by a new pair of FPV goggles, likely Goggles 2 “Lite.”

The “Lite” version would allegedly retain the external design of DJI’s next-generation video headset but ditch the head-tracking and touchpad feature to appeal to more budget-conscious users.

Here are all the leaked pictures of the products that have surfaced online: