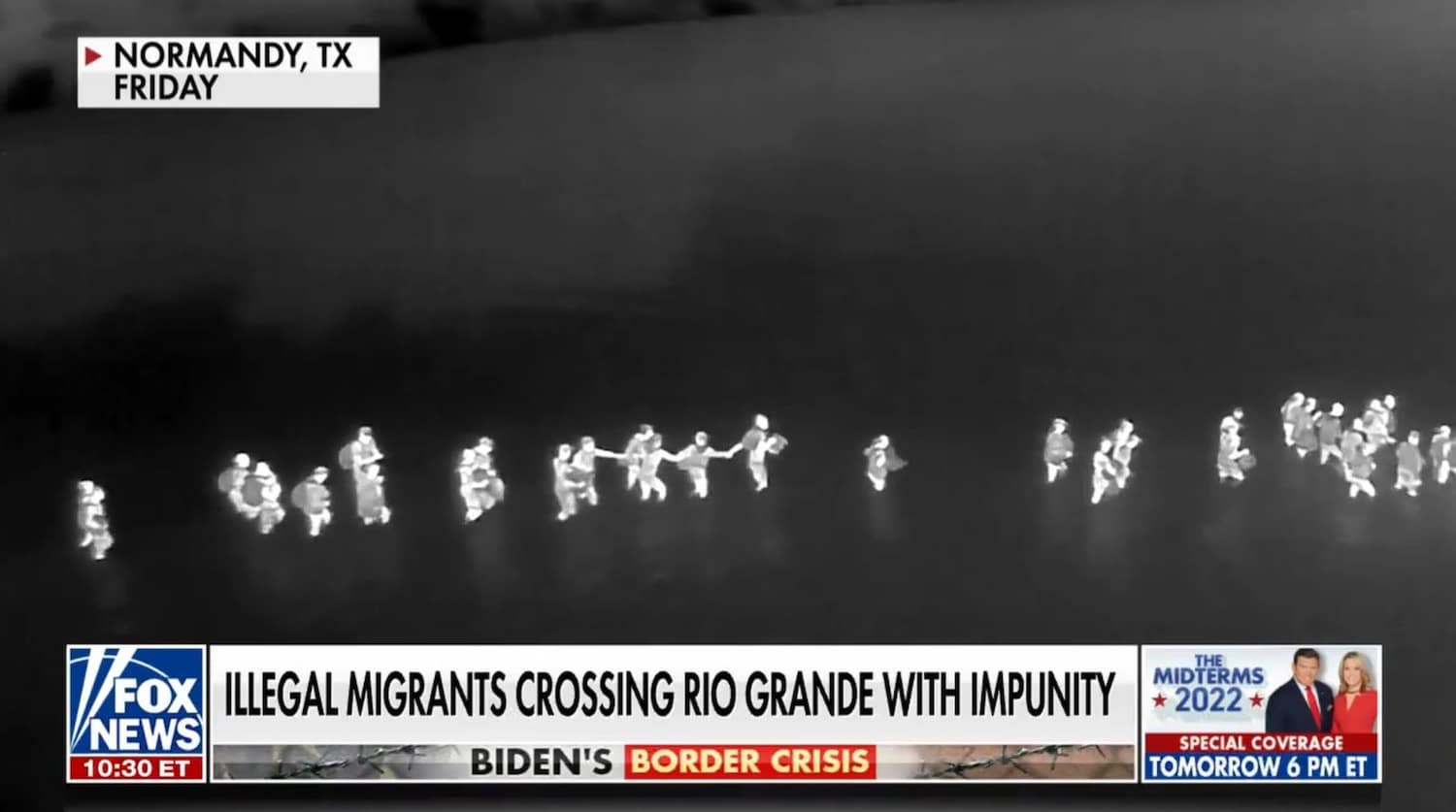 Thermal Drone footage shows a stream of migrants illegally crossing the U.S.-Mexico border into Eagle Pass, Texas, with little or no resistance, according to a report from Fox News.

A crew from Fox News captured the thermal drone footage to show that illegal border crossings allegedly surged under the Biden Presidency. According to reporter Bill Melugin, these crossings happened every day in the last week.

Melugin claims that there is “no resistance” on either side of the border when people cross it every morning.

For reports that the border is closed according to Biden’s administration, but argues that the thermal drone footage provides evidence to the contrary.

The news segment also shows migrants describing the border as open, which the drone footage seems to support.

Pass the test and take to the skies with the Pilot Institute. We have helped thousands of people…