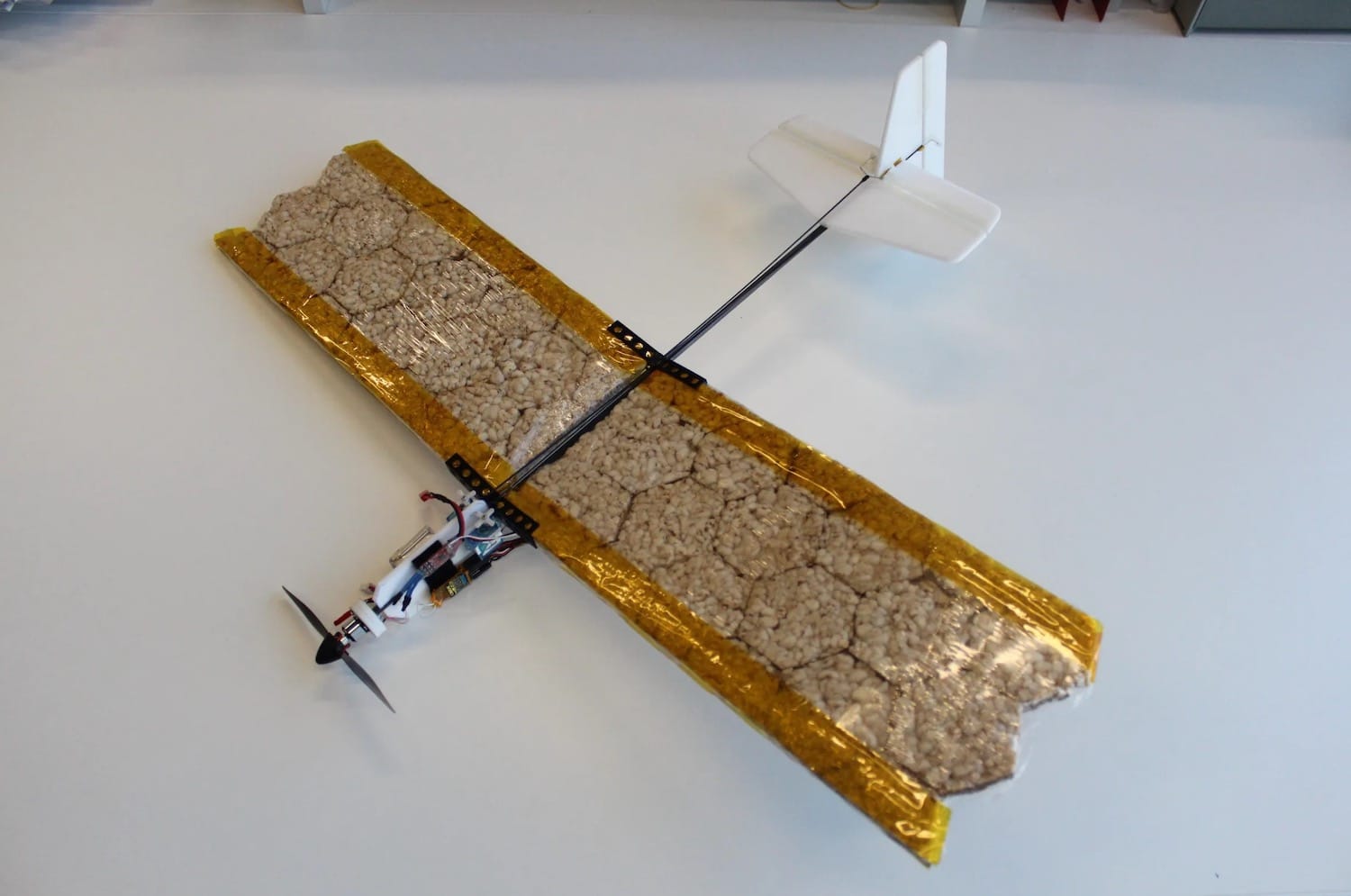 This edible drone provides emergency food to people in need by delivering its wings made of rice cakes and gelatin.

The wings of this drone deliver a breakfast’s worth of mostly flavorless calories and were constructed using hexagonal laser-cut rice cake blocks.

A team of researchers from the Swiss Federal Institute of Technology Lausanne (EPFL) has created a drone you can literally eat in case of an emergency.

The partially edible drone is a real invention that was displayed at the IEEE/RSJ International Conference on Intelligent Robotics and Systems (IROS).

The group got to work creating a device that could be used in a rescue operation to deliver vital calories in areas where heavier or more conventional vehicles would be ineffective.

The answer is to construct the drone, or at the very least its wings, out of food.

The team used a laser to cut round rice cakes into hexagons, then used gelatin to “glue” them…