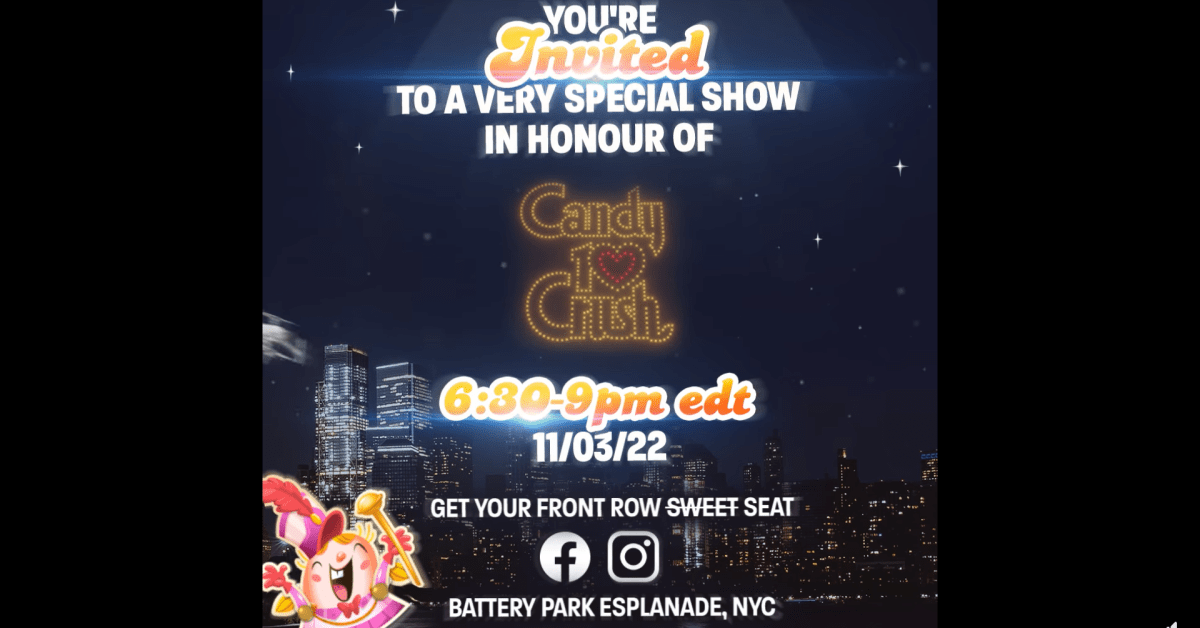 The Candy Crush craze continues to reach new heights. This time, quite literally.

Candy Crush Saga – one of the longest-lasting, hugely successful mobile games to date – is celebrating its 10th anniversary with a drone show in New York City. As many as 500 drones are expected to take over the NYC skyline on the evening of November 3.

Game manufacturer King is asking fans to reserve a spot at Battery Park Esplanade by 7:30 p.m. ET if they want to witness LED-equipped synchronized drones recreate iconic elements from the Candy Crush universe over the Hudson River. The show will last for 10 minutes, with the drones being visible within a one-mile radius of Battery Park.

“To mark the occasion, downtown Manhattan will be transformed into a candified carnival where viewers can enjoy this surreal takeover of the New York City Skyline,” says a statement released by the company.