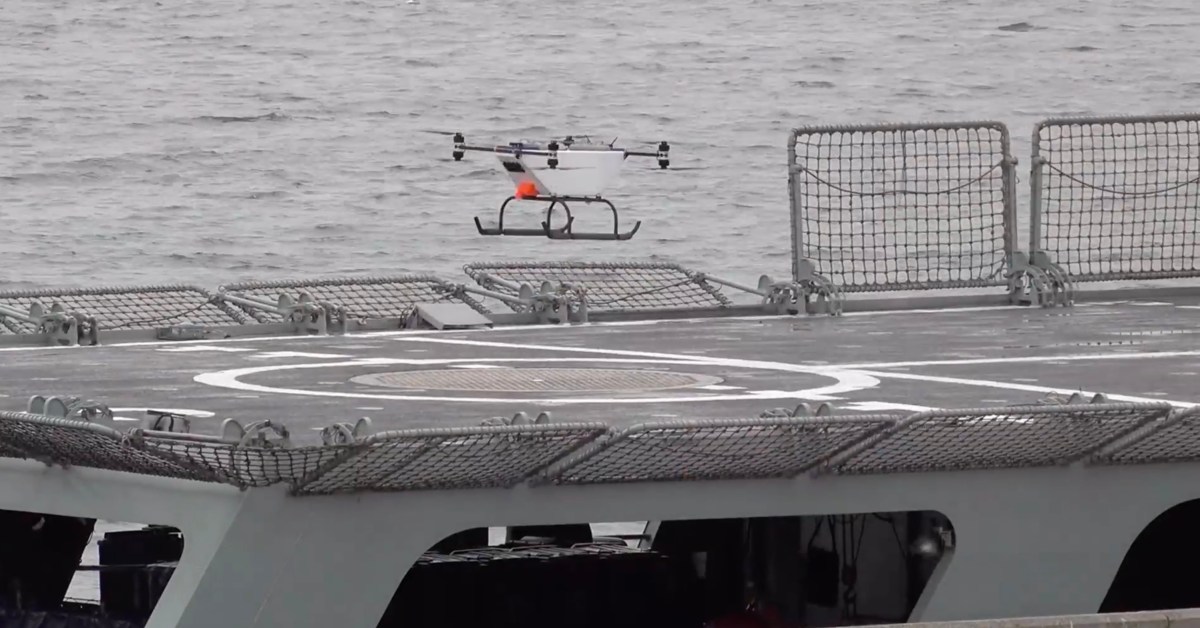 European aircraft and aerospace giant Airbus says it successfully tested a small-scale demonstration version of its future “cargo copter” drone, which is designed to transport 250 kg of payload across a maximum range of just over 300 kilometers.

The demonstration model of the heavy-load cargo drone was flown in trial missions by Airbus’s UAS New Programmes group, which worked on the project with its rapid-development X-Works team. Its initial deployment is planned for military transport – which explains why the UAV was put through the paces during large robotic exercises staged in September by the Portuguese Navy and the North Atlantic Treaty Organization.

But like many current aerial assets being worked up with defense operations in mind, the Airbus freight drone could be adapted to various kinds of heavy-lift cargo enterprise uses.