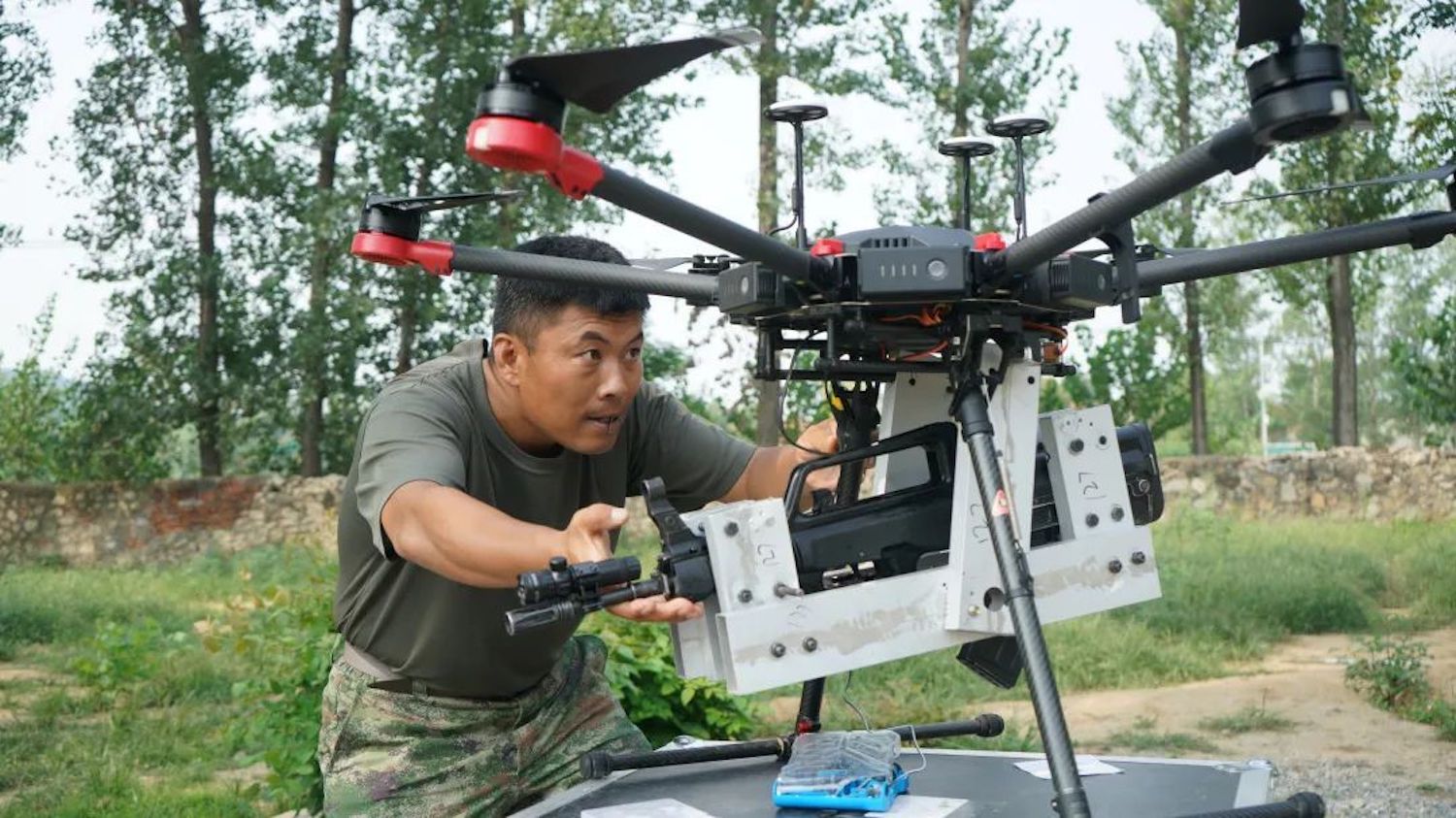 Take a look at these images that were just shared with us. They allegedly show a Chinese People’s Liberation Army (PLA) UAV platoon working on and training with an attack drone made from a DJI Matrice 600 that has been fitted with an automatic gun.

We’ve seen drones rigged with weapons before, but I don’t believe we’ve ever seen a DJI M600 outfitted with an automatic gun.

When you look at how the automatic gun is attached to the DJI drone, the whole system seems to be a bit of a McGyver exercise.

The Chinese army seems to be teaching members of the UAV unit how to use this large DJI drone with an automatic rifle.

The last image shows an instructor showing how to use the DJI FPV Drone.

Unfortunately, there was no other information with these pictures besides the fact that…